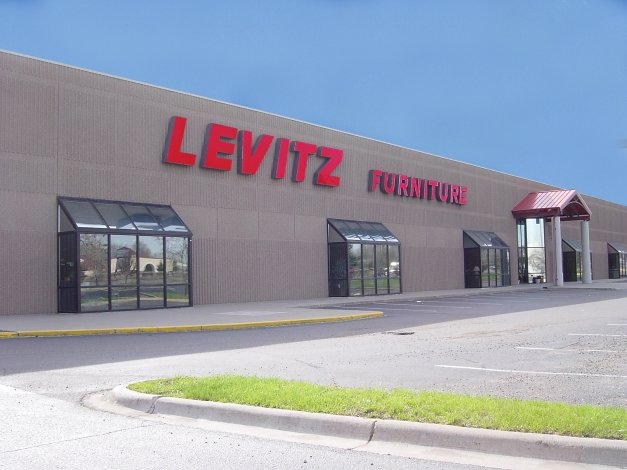 In 1910, Richard Levitz started his first furniture store in Lebanon, Pennsylvania. His company known as Levitz, was recognized for selling moderately priced furniture in a warehouse style store. The store displayed the slogan "You'll love it at Levitz" and the store did indeed experience success and popularity for many years. Unforunately, Levitz eventaully began to feel financial struggles and claimed bankruptcy a total of three times before finally closing in 2007. The Levitz Furniture building in Brooklyn Park was built in 1989 and U-Haul acquired the building in 2012. Adaptive reuse building conversions allow U-Haul to promote infill development to meet citizens’ needs while preserving the natural resources and land normally required for new construction. Adaptive reuse also allows resources to be focused on integrating environmentally thoughtful features into the existing building rather than creating waste in the form of demolition and using valuable resources for new construction.

Serving U-Haul customers since 2012, this facility was built through adaptive reuse of an abandoned building. Adaptive reuse promotes infill development in an effort to strengthen communities, with the following benefits achieved at this site:

Energy-efficiency and waste-reduction programs at this facility provide the following estimated benefits each year for this Brooklyn Park community: