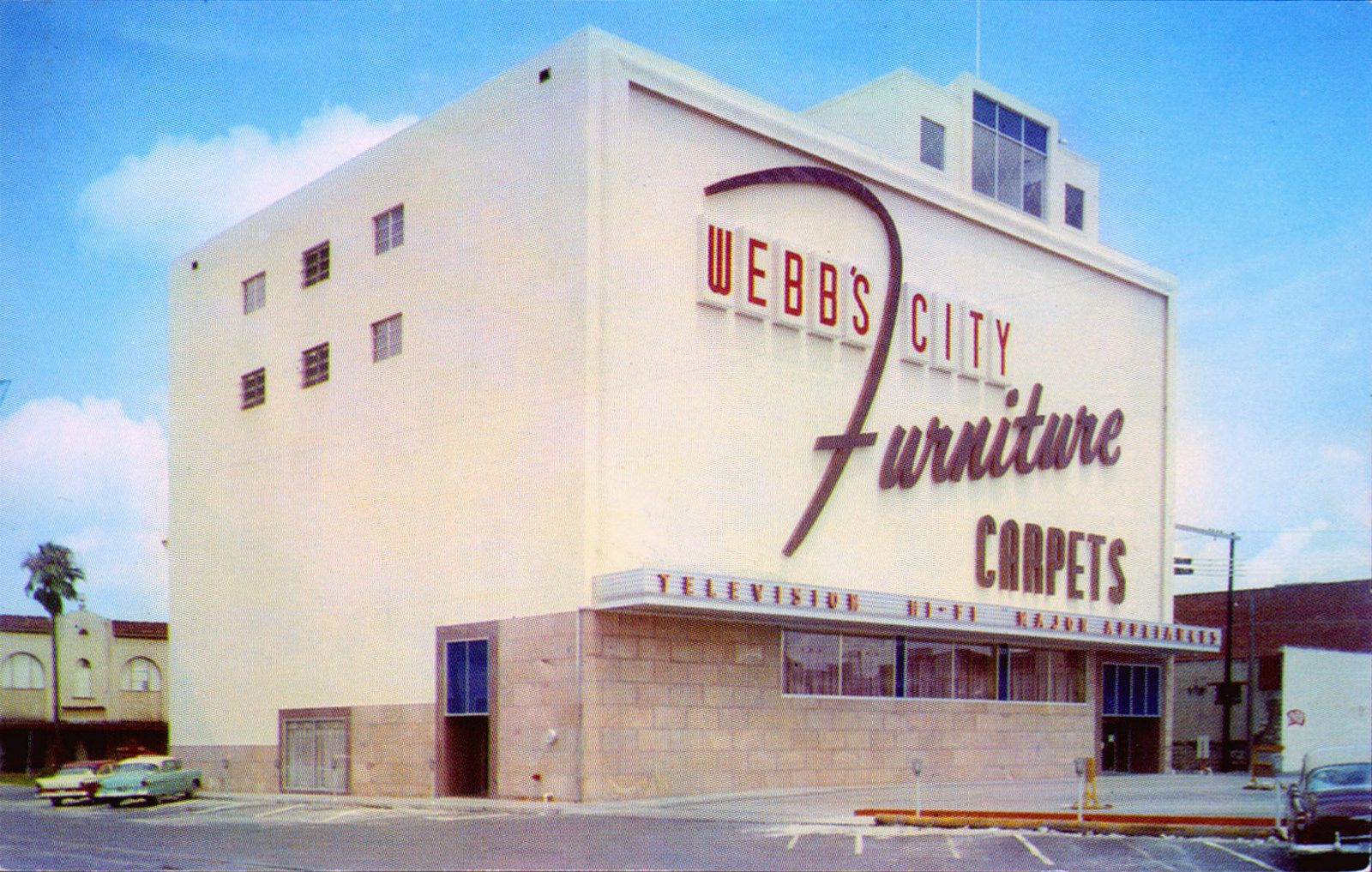 James Earl “Doc” Webb was the founder of Webb City, a unique shopping complex that encompassed nearly ten city blocks, with seventy-two individual stores and parking for 3,000 automobiles.  Doc Webb had traveled from Tennessee to Florida in 1925, with goals to open his own business and make a fortune as a self-taught pharmacist. He started with a small 17 by 28-foot store that would soon grow to be “Webb’s City: The World’s Most Unusual Drug Store”.

During the building movement of the 1950's, Doc was prompted to create a furniture store to assist Americans with convenient and affordable furnishings for their living spaces. Webb’s Furniture City was planned as a seven-story building that would house furniture and carpet sales. The 1.5-million-dollar store opened only twelve days behind schedule, on June 27, 1958. The store was pink and boasted one of the city's most bold and beautiful neon display signs.

U-Haul eventually acquired the property in 1979. Adaptive reuse building conversions allow U-Haul to promote infill development to meet citizens’ needs while preserving the natural resources and land normally required for new construction. Adaptive reuse also allows resources to be focused on integrating environmentally thoughtful features into the existing building rather than creating waste in the form of demolition and using valuable resources for new construction.

Energy-efficiency and waste-reduction programs at this facility provide the following estimated benefits each year for this Tropicana Field community: