Adaptive Reuse at U-Haul of Malden-Route 60

Adaptive Reuse in Malden, MA at U-Haul of Malden-Route 60 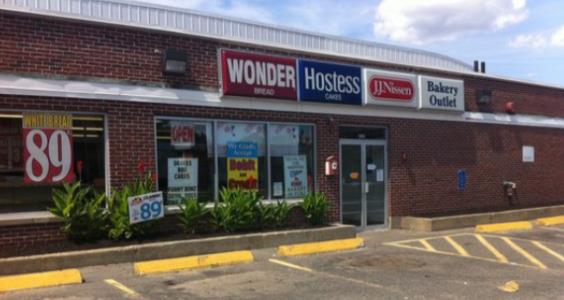 Before the beloved baked goods came to be known as "Hostess", they were created by the Continental Baking Company. Continental created the very first Hostess Cupcake in 1919. Ten years later, in 1930, a CBC employee named James Alexander Dewar invented the classic Twinkie.  The Continental Baking Company would be acquired by the Interstate Bakeries Corporation in 1995 and officially change their name to "Hostess Brands" in 2009. Hostess Brands also created an industry-first, developing the extended-shelf-life enzymes that drastically changed the baked-goods industry. Brand favorites such as CupCakes, Ding Dongs and Ho Hos soon became staple snacks across America. The Hostess Bakery Outlet on Eastern Avenue was built in 1950, and U-Haul acquired the building in 2013 for adaptive reuse. As an industry-first in the self-moving industry, U-Haul promotes infill development to bolster local economies.  U-Haul purchased this abandoned, historic Hostess building for adaptive reuse, now serving the storage and mobility needs of the community.

Energy-efficiency and waste-reduction programs at this facility provide the following estimated benefits each year for the Malden community: