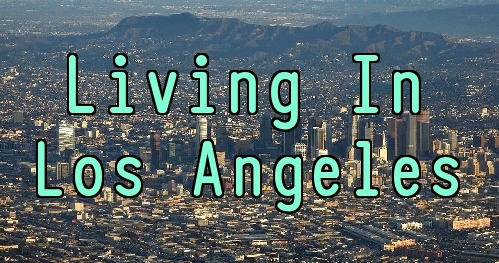 When listing the most widely known cities on Earth, Los Angeles definitely comes close to the top of the list, partly because it has a little something for everyone. It doesn’t matter if you prefer city life or a suburban atmosphere: “The City of Angels” has a spot for you. It also doesn’t hurt that you may run into celebrities while going about your day-to-day business, depending on where you live in the city. That being said, it’s quite large compared to most cities, so learning your way around town after you’ve moved to LA it could take awhile. Luckily for you, we have some pointers when it comes to living in Los Angeles.

There are a lot of things to do in LA, and that makes it hard to whittle the options down to a few top choices. If you’re a culture fanatic, The Getty will not disappoint. Known for incredible art and architecture, many residents visit at least once or twice a year. Another place you’ll need to get familiar with is Universal Studios Hollywood. Originally designed to give visitors a behind the scenes look at movie sets, it has evolved over time and is now a theme park. Great for both kids and adults alike, this is one place to keep in mind when family comes to visit. Last but not least, we recommend checking out the California Science Center. Despite having “science” in the name, you certainly don’t need to be an astrophysicist to have a good time. The exhibits found there explain incredible feats of science in an understandable way that even children can understand, and keep things fun with interactivity. Worth a visit, for sure!

LA is home to some truly fantastic restaurants of all different kinds; if you can think of a certain type of food, you can rest assured it’s not very far away. Our first recommendation is the Griddle Cafe. Widely known for their pancakes, they’d make for the perfect breakfast stop. However, they do serve lunch as well! Next up is Brent’s Deli, which has some of the best sandwiches you’ll find in Southern California! Last but not least, if you’re looking for a pleasant night out at a fine restaurant, you’ll want to go to Craft. Some of the items may be a touch pricey, but it’s well worth it. If you want to wow your visitors, this is the place to go.

The traffic in Los Angeles is literally world famous, and it certainly lives up to its reputation. In fact, studies show L.A. drivers spend up to 90 hours stuck in traffic each year. There is no way you can avoid it entirely, but by learning peak traffic times you can limit the number of hours you waste in bumper-to-bumper situations. As a general rule of thumb, 6 to 9 a.m. and 4 to 7 p.m. should be avoided if possible. Except on Friday. Fridays you should just stay home and accept defeat before even starting your engine because it won’t be pretty. Sometimes you will literally feel like you’re sitting in a parking lot. Luckily, weekends are normally fairly clear unless an event is going on, and side streets can help you cut serious time off of your commute. Get to know those side streets, and you won’t regret it.

Do you live in Los Angeles and have tips for others who live in the area? Share them here!