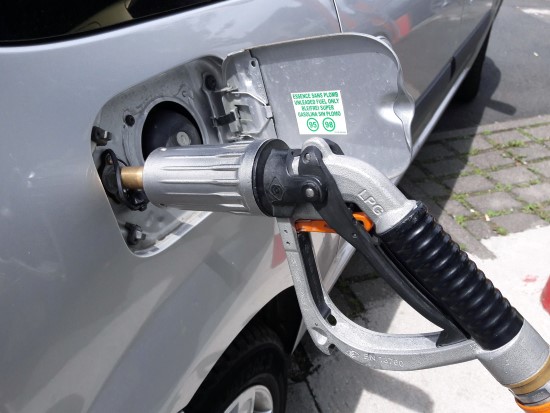 If you’re not familiar with autogas, now is a great time to discover what the alternative fuel has to offer. As society continues to utilize more energy-efficient fuel sources and search for new methods of reducing carbon emissions and greenhouse gasses, autogas – more specifically propane autogas – has emerged as a great 'green' alternative.

Autogas is an alternative fuel primarily used to power automobiles. Though it’s still relatively unknown to some, it’s currently the third-most popular fuel source in the world behind gasoline and diesel. Like every day propane, autogas is clean-burning, more economical and easier on engines than gasoline or diesel fuel while offering similar performance and versatility.

Despite its name, propane autogas is not quite the same as what’s inside the propane tank under your grill at home; it’s only used to power automobiles and internal combustion engines. In fact, when propane is used to fuel automobiles, only then is it termed propane autogas, or just autogas for short.

Autogas is also sometimes referred to as liquefied petroleum gas (LPG), though there are several gasses that fall under the LPG umbrella, including propane, butane and isobutane, as well as mixtures of the three. However, propane is the most commonly used LPG autogas because it performs better than other LPGs in cold temperatures.

Where does propane autogas come from?

Just as gasoline is refined from crude oil, propane autogas is a by-product of natural gas processing and petroleum refining, produced mainly in the U.S. When energy companies draw natural gas from the Earth, propane occurs naturally and is harvested. It’s then separated from the natural gas, pressurized and liquefied, then stored inside a tank, ready to fuel an internal combustion engine.

Propane and diesel fuel are often compared because both are more economical and fuel efficient than gasoline. However, propane autogas is ultimately the better choice for most drivers in many cases. Here’s why:

What is LPG conversion?

If you’re wondering can cars run on autogas, the answer is yes! With LPG conversion, many modern vehicles can be retrofitted to run on propane autogas. It works by adding a second, propane-only fuel system to your vehicle alongside the original gasoline system, complete with an additional fuel tank. All the necessary parts are often sold together in an LPG conversion kit. Though conversion kits cost several thousand dollars on average at least, the savings you will recoup in fuel and maintenance costs over time could very well make it worth it.

Where can I find autogas filling stations?

Although demand for LPG is not considerably high in the U.S., LPG refill stations aren’t difficult to find. In fact, it may surprise you just how many LPG stations are already available in your city. U-Haul alone has more than 1,100 propane refill stations across the nation that serve as propane vehicle fueling stations!

Click here to learn more about U-Haul's autogas program or to find an alternative fuel refill station near you.