The correct answer is no, not by a long-shot. There are numerous classes and types of driver’s licenses that vary by country, state, province, and what type of vehicle they enable you to legally operate.

For example, a class M license in one state may allow you to drive a motorcycle, while in another state a class E license allows you to do that. Meanwhile, in other states a class E license allows you to drive a passenger vehicle, even though most states give a class D license that permission. If that’s not confusing enough there are also Commercial Driver’s Licenses (CDLs) that add even more classes to the mix and allow people to drive semi trucks and other large vehicles. But you probably don’t care about all those details, do you? Good, neither do I. 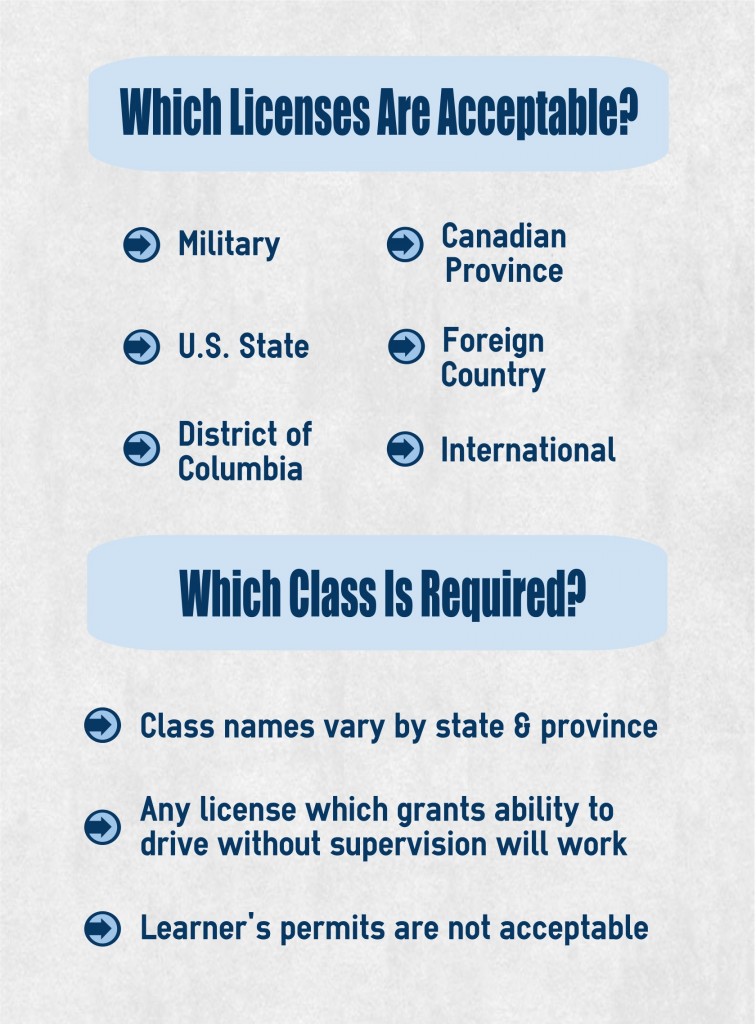 If you’re still not sure whether your license will work or not, take a look at it and see what “class” it is. Once you know that, check the list below to see if the state it was issued by is listed under that class. This list is not all inclusive but notes what the most common license is for each state that will work. For example, if your license says it is a class C and was issued by California, it would work to rent a U-Haul truck.

Having a valid driver’s license means you’re halfway to getting behind the wheel of a moving truck with U-Haul Truck Share! With this 24/7 self-service program, a selfie and a photo of your license replaces waiting in line or speaking to a representative. The Self-Pick-Up and Self-Return options allow you to move on your time and no one else’s.

If you have further questions regarding which licenses will work in your area, we recommend finding a location near you and giving them a call. By speaking with someone local they will be familiar with the license classes in your area and will be able to give you the best information possible.

Did you think of something we didn’t list that would be beneficial to our readers? Tell us in the comments!