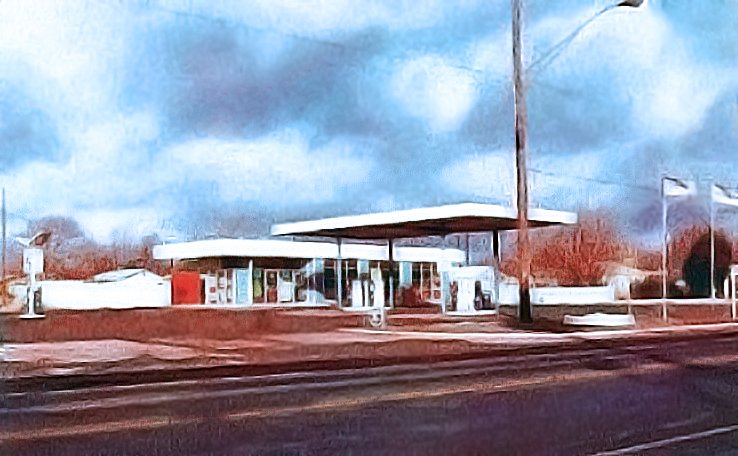 There are iconic gas stations that are uniquely nostalgic to many Americans and DX brand is one of those chains of gas stations. In 1968, Sun Oil Co. merged with Sunray DX Oil Co. and began marketing petroleum gasoline under the DX brand name in a few midwestern states. Sunray DX-Oil Company would famously patent an upper-cylinder lubricant which was added to their gasoline and then given the iconic brand name "D-X" and "D-X Lubricating Motor Fuel". Sun Oil Co. continued marketing D-X gasoline using both the Sunoco and DX brands all the way into the 1980s. Not wanting to let such an iconic gas station fall into ruins, U-Haul acquired the historic property in 1977. This particular DX station was originally built in 1958. U-Haul has also acquired and saved many more abandoned DX stations across the country.

Energy-efficiency and waste-reduction programs at this facility provide the following estimated benefits each year for the Del City community: