Adaptive Reuse at U-Haul of Murray 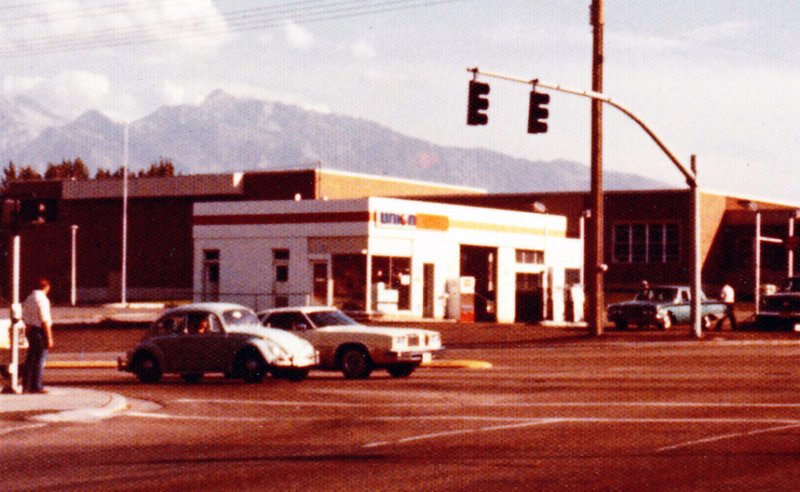 This mid century building was the former home of Union 76. Seventy-six, as it is now known as,  is a largely popular chain of gas stations located within the United States. The Union Oil Company of California(Unocal) is the original owner and creator of the Union 76 brand. In 1997, Unocal sold its rights to the Union 76 brand for use in refining and marketing operations to the Tosco Corporation. Later, the Tosco Corporation would be purchased by Phillips Petroleum. In 2012, the "76" brand was finally purchased by the Phillips 66 Company. In the 1970s and 1980s, the 76 brand used the slogan "Go With the Spirit...the Spirit of '76." The iconic 76 signs are orange balls with the number 76 in blue script, designed in 1962 by advertising creative director Ray Pedersen for the Seattle World's Fair. U-Haul acquired the iconic gas station in 1977.Adaptive reuse building conversions allow U-Haul to promote infill development to meet citizens’ needs while preserving the natural resources and land normally required for new construction. Adaptive reuse also allows resources to be focused on integrating environmentally thoughtful features into the existing building rather than creating waste in the form of demolition and using valuable resources for new construction.

Energy-efficiency and waste-reduction programs at this facility provide the following estimated benefits each year for the Salt Lake City community: