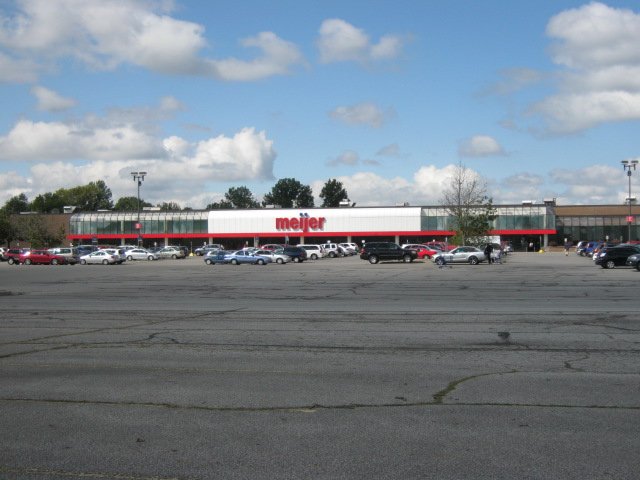 Meijer is a popular Midwestern grocery chain, founded in 1934 by Hendrik Meijer in Greenville, Michigan. Mr. Meijer was a Dutch immigrant to the United States who worked as a barber by trade. Mr. Meijer took a risk and opened a humble grocery store during the era of the Great Depression. After much success, the single grocery store grew into a budding chain with over two dozen stores by the 1960's. The store adopted a mascot depicting a young Dutch boy named Thrifty.

Meijer is known for creating the industry's first "Supercenter", revolutionizing grocery stores by offering self-service shopping carts and combining grocery and department store shopping into one larger store. Meijer was also one of the first stores to offer affordable grocery staples without sacrificing quality. The company has been family run since its foundation and today is managed by the grandsons of Mr. Meijer. For generations, Meijer has been the go-to place for a diverse range of shopping needs in the Midwest. The Columbus Meijer location was built in 1985 and U-Haul acquired the building in 2013 for adaptive reuse, to serve the storage and mobility needs of the community.