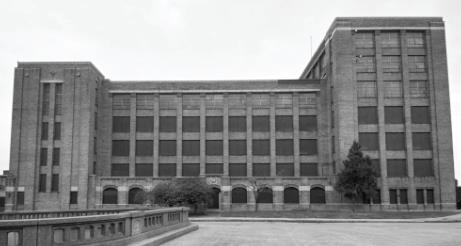 National Candy Company was once one of the largest candy makers and sweet tooth satiators in the United States. It was said that they specialized in making jawbreakers and jellybeans though several candy types were manufactured by the company. The company was originally founded by V.L. Price, but the company would later be acquired by Chase Candy Co. in the 1940s. The National Candy Company factory was built in 1927 and U-Haul was able to acquire and preserve the beautiful historic building in 2015.

Serving U-Haul customers since 1927, this facility was built through adaptive reuse of an abandoned building. Adaptive Reuse promotes infill development in an effort to strengthen communities, with the following benefits achieved at this site:

Energy-efficiency and waste-reduction programs at this facility provide the following estimated benefits each year for the Saint Louis community: