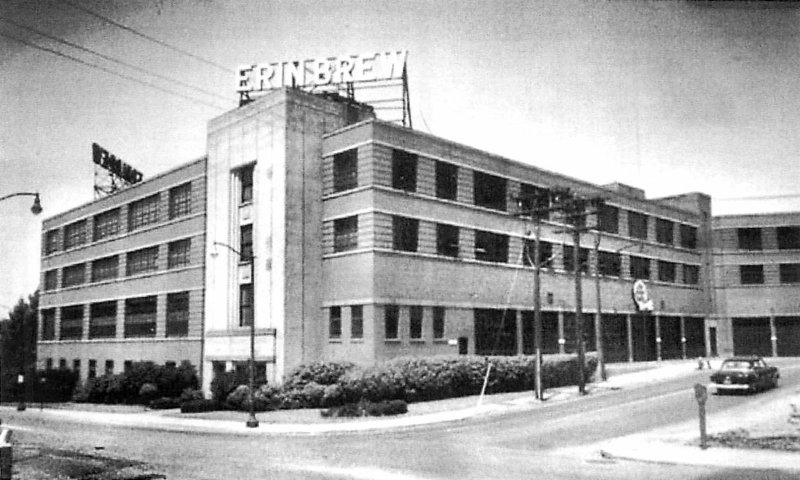 Some say that Erin Brew was one of the most iconic beers ever produced in the history of Cleveland, Ohio. The beer was originally brewed by the Standard Brewing Company, who had set out to make a German Weiss style beer with wheat in the brewing process,  but settled on a lager beer named Erin Brew which was inspired by the founder's Irish cultural heritage.

The Standard Brewing Company was originally established by Stephen S. Creadon and Jaroslav Pavlik in 1904. In 1905 with help from First National Bank, the company was able to expand and move their operations into an abandoned flower mill. However, within a year, First National Bank, was strongly advocating for a buyout of the company. The company's directors voted to stay independent and allow John T. Feighan to buy in to the company instead. Feighan would prove to be an asset, eventually going from lender to director and then officer of the company. Erin Brew beer started to become widely popular among Cleveland's Irish community and by 1913 the brewery ahd doubled production. During Prohibition, Standard Brewing Co. had to quickly adapt, switching production to soft drinks such as ginger ale, near-beer and ice cream. Much to their excitement, Prohibition ended in 1933 and Standard Brewing Co. converted their facilities right back to beer production and revived Erin Brew shortly thereafter. After World War II, the brewery invested in ad sponsorship on TV and radio broadcasting for the Cleveland Indians baseball games. With a stroke of marketing luck, the Indians went on to win the World Series in 1948 and Erin Brew beer became a houselhold name in Cleveland.

As freight transportation options evolved in the 1950’s, larger breweries could reach even more communities and customers. This advancement drove out smaller independent breweries and pushed them to merge with larger companies. Standard Brewing Company succumbed to this pressure and F&M Schaefer Brewing Company of New York purchased the brewery and brand in 1961. By 1964, the company again trasnfered ownership to C. Schmidt & Sons, a large Philadelphia Brewer. The Erin Brew name eventually became obsolete in the 1960's when Standard Premium beer served as its replacement.

Energy-efficiency and waste-reduction programs at this facility provide the following estimated benefits each year for the Cleveland community: