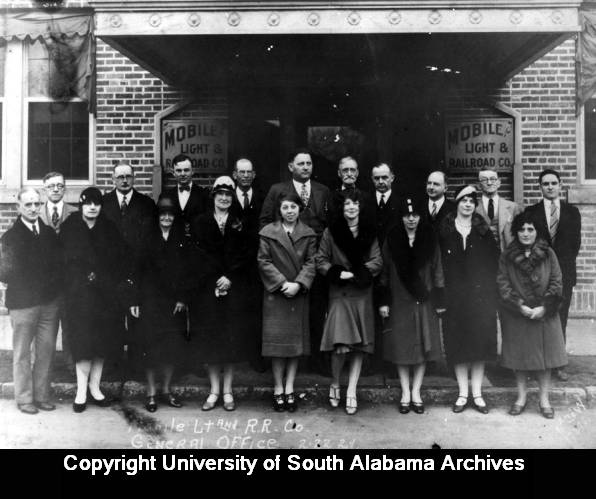 Mobility has always been an integral part of civilization, from city streets filled with horse-drawn buggies to modern public and private transportation. Mobile Light and Railroad Company, the original tenant of this historic building, helped pioneer transportation in Alabama. With a nearly 50-mile system of electric trolley streetcars in Mobile, increased ease-of-commuting helped bolster the local economy. When the president of Mobile Light and Railroad Company, J. Howard Wilson, died in 1939, the company would be acquired by National City Lines and renamed Mobile City Lines. Later, Mobile City Lines made it a priority to replace all the streetcars with buses. This line of buses was taken over by the Mobile Transit Authority and eventually the City of Mobile. The City of Mobile has bus lines that still traverse all over the city and go by the modern moniker, "The Wave".

The 970 1/2 Springhill avenue building was constructed in 1925 and the Mobile Light & Railroad Co. occupied the building until 1967. U-Haul took ownership in 1977 and returned this historic structure to its former glory, to serve the mobility needs of U-Haul customers.

Serving U-Haul customers since 1977, this facility was built through Adaptive Reuse of an abandoned building. Adaptive reuse promotes infill development in an effort to strengthen communities, with the following benefits achieved at this site:

Energy-efficiency and waste-reduction programs at this facility provide the following estimated benefits each year for the Mobile community: