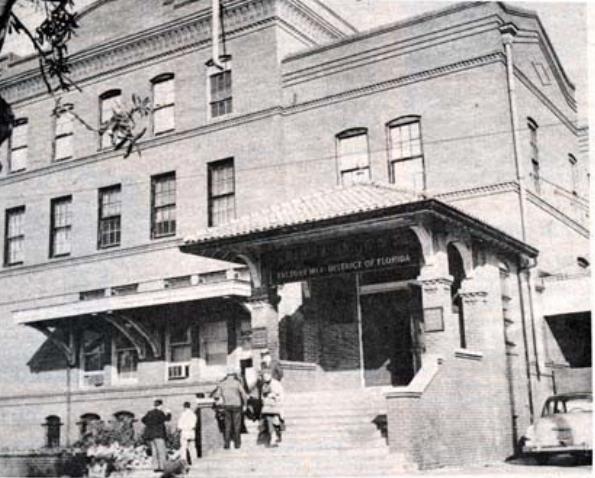 In the heart of the Historic Ybor District, known for its diverse culture and delicious cuisine, the original Sanchez y Haya (Haya’s Factory) was built in 1906. Ignacio Haya and Serafin Sanchez were two close friends who saw potential in the future city of Ybor, made smart investments in land throughout the area and had ambitious business plans. Together they built an industrious factory that would grow to produce 500,000 cigars each month on average. The very first factory building structure was named “Factory No. 1”. Unfortunately, the original factory building was destroyed by a fire in 1908. The present factory building was completed in 1912 to accommodate more workers and mass production.

The duo’s very first cigar was produced on April 13, 1886, bringing a whole new outlook to the cigar industry. They were the first to buy the raw tobacco leaves from Havana, Cuba and assemble the rolled cigars once in the United States, cleverly avoiding expensive import taxes and fees. One of the most well-known and popular cigars they produced was named the "Americus Cigar". Unfortunately, the factory began to experience financial decline in the 1940s, in part due to the rise in popularity of cigarettes and the aftermath of the great depression.

From the late 1880s to the early 1950s, Ybor City, Tampa’s National Historic Landmark District, was the Cigar Capital of the World. Production was handled by talented cigar makers whose worldwide club of cigar aficionados willingly paid premium prices for pure Cuban-leaf, hand-rolled cigars. The “clear Havanas” were manufactured with pride and love in the famous factories of this historic section of Tampa.

Sanchez & Haya, one of the larger cigar factories, stood for many years as a local landmark. This location was proudly acquired by U-Haul in 1976. Adaptive reuse building conversions allow U-Haul to promote infill development to meet citizens’ needs while preserving the natural resources and land normally required for new construction. Adaptive reuse also allows resources to be focused on integrating environmentally thoughtful features into the existing building rather than creating waste in the form of demolition and using valuable resources for new construction.

Energy-efficiency and waste-reduction programs at this facility provide the following estimated benefits each year for the Tampa community: