1200 Western Ave
Pittsburgh, PA 15233
(On the North Side of the West End bridge 1 block from Rivers Casino/Heinz) 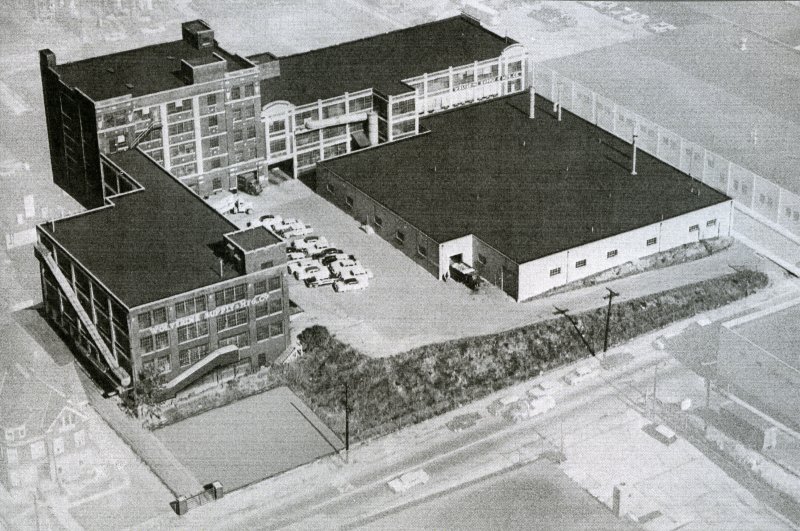 The Wolverine Supply and Manufacturing Company was founded in 1903 by Benjamin Franklin Bain. Bain studied mechanics and engineering at the the Michigan Agricultural College and got his start creating metal kitchen tools, household supplies as well as the tools and dies to make them. Eventually Bain stumbled upon an opportunity to get into the toy manufacturing business and he became inspired to make tin battleships toys, space age pinball machines and play home appliances. The original Wolverine headquarters was in the Phipps Power Building near Stanwix Street & Duquesne Boulevard in downtown Pittsburgh though the company would eventually relocate in 1913 after Bain had a large 3-story toy factory constructed on a new site on Fontella Street between Page and Western Avenues. Wolverine Supply and Manufacturing Company would grow to provide over 450 jobs near the peak of the holiday season each year. The toy factory was enlarged twice over the years and all buildings still remain intact. Remnants of the proud “Wolverine Supply & Mfg. Co.” name and the large word “TOYS” are still visible on the building today. In 1962 the company changed their name to Wolverine Toy Company. U-Haul eventually acquired the Wolverine Supply and Manufacturing Company building in 2013.

Energy-efficiency and waste-reduction programs at this facility provide the following estimated benefits each year for the Pittsburgh community: