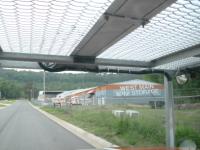 Moving to or from Russellville, AR 72801? Get FREE truck rental rate quotes at West Main Mini Storage. rental trucks are specifically engineered from the ground up to assist moving families, not freight. Our moving trucks have more safety features than other moving trucks in the industry including gentle ride suspension and high visibility mirrors to assist the driver. Whether you are moving a smaller apartment or a large four-bedroom house, truck rentals in Russellville, AR will provide you with the moving truck rental you need to get from point A to point B. Find the perfect size moving truck to assist with your move, is home of the $19.95 rental truck!

Simply click on each moving truck shown above to view individual truck specs including: safety features, towing capacity, fuel economy and of course, the available space-per-truck size. Each rental truck is individually priced to help save you money, time and energy on your move to or from Russellville, AR.

U-Haul cargo van rentals and pickup trucks in Russellville, AR are perfect for home improvement projects, deliveries and other small loads. Rent cargo vans or pickups to save money on local moving or deliveries. Cargo van and pickup truck rentals are popular with local business, college students and smaller housing moves in Russellville, AR 72801. Our moving van rentals include air conditioning, rub rails to protect your belongings and come equipped with a hitch to tow a trailer rental. is the home of the $19.95 cargo van rental in Russellville, AR, reserve a van for your moving needs from West Main Mini Storage!

My mileage was charged incorrectly. I moved 4 miles away & made 6 trips - an estimated less than 30 miles. I was charged for 182 miles. Please correct

BOTH locations were very helpful especially Sheree in Brunswick as my plans were changing due to weather, and Joy Brown at the drop off and final inspection.

The lady I think her name was Joy was literally a joy to work with and my saving grace!!! She was so helpful when the uhaul application was giving me trouble. She made sure I was taken care of and everything was smooth sailing. 10/10 would always reccomend.

When the auto transport was connected to the truck, we were told it was our responsibility to get the car onto the trailer. We had to leave the premises and go to another property and figure out how to get the car up the ramps and secure it to the trailer. Fortunately, we were able, with much effort and no instructions, to get it up and secured for the 500-mile trip. At the other end in Comanche, Texas, the U-Haul guy took care of moving the car off. We have moved this way with U-Haul and another competitor before and this never happened before. Unacceptable!

Joy Brown was very friendly and helpful. She has very good customer service skills and I would use this location again.

The customer service by Joy was amazing.

The lady at this location was wonderful. Uhaul screwed up the reservation (I was supposed to pick up at another location), but she handled everything beautifully.

Everything seems good to me. Great job.

Nothing to improve! Rep was exceptionally friendly and well-versed regarding policies.

Very nice lady that runs the Russelleville Ar service center.. Professional in every way..thank you!!

The truck had a knock hard shifting. There was a lot of glass in the back of the truck. The tank was only half full. We reserved the truck on the Internet and had to wait 30 minutes on the phone when I returned it just to figure out that it wasn't even showing the we received the truck and was still reserved. So I had to fill out the application for the truck again after the trip had already been done. Very unorganized to say the least.

I had originally scheduled pick up at Cogswell Motors. After I did not receive a call confirming the reservation I called Cogswell's, I was informed they no longer rent U-haul equipment and have not for some time! U-Haul needs to keep the website up to date with current rental locations!

Just wonderful. Joy lives up to her name every time. Thank you!!!!

I hUl was suppose to contact me in 72 hours and I haven't heard from them yet! Charged over 1000 to my sisters card!!

I tried to reserve the trailer during a time when the online reservation system was down. I contacted the agent in Russellville who explained that the system was down nationwide. Though the agent was unable to complete a reservation, she was able to provide a reasonable estimate of the availability of a trailer. In response to her helpfulness, I postponed renting from another company until I was able to rent from uHaul.

I think the front end on this truck was a little loose. May need to be checked. Forgot to tell the young man when I brought it to the Jonesboro site.

The trailer was dirty and no dollys were available. I opted to pick up and drop off at the same location and was contacted 2 weeks later about not returning the trailer because the rep had me dropping off somewhere else. I was then charged an additional fee without consent, or notification, afterwards. It was only $2.33, but I am on a tight budget and needed that for gas in my car.

The person we picked up the truck from messed up everything so much, that we were charged over $350 more than we were expecting. We originally reserved the uhaul obl8ne, to cut down on wait time. When we got there, the woman (Mrs. Brown), said that we had entered everything incorrectly. She said that we put that we were moving in town, which we were not. So she said she would change that, and asked where we wanted to drop the truck off. We told her that we thought Arkadelphia would be best. So, she said we would be able to do that. We had 2 days and 250 miles, for not a terrible price. That made us happy, so we signed the contract. After a long stressful move, we set out to return the uhaul. The first place we come across was caddo valley landing (#18619). Frank rippeto, the owner, immediately notices something wrong with our reservation. He asks if we moved down here. Yes, we had. He said that she had our reservation in for an in town move, with 150 miles. But that it was to be returned to russellville. That was absolutely ridiculous. Even Frank saw that. Why would we return it to russellville? 2 hours away? Not to mention, we had clarified the fact with Mrs. Brown at West main mini storage that we were dropping off the truck in arkadelphia. This was a HUGE mistake. She had also only actually given us 78 miles....which had us paying an overage. 79 cents per mile, actually. So, this brought our bill up to over $350 MORE than what we were told it would be. If we would have known it was going to cost that much, we would not have rented the truck to begin with. Frank was furious. He called his manger and told him that he didn't think we should have to pay for her mistake. His manager referred him to tanya, in traffic. Tanya proceeded to tell him that it was not her problem, and that we signed the contract, so she wasn't going to do anything. He told her that he didn't think that it was right, and that she would have to talk to me. When I answered the phone, I was met with the rudest, most hate-filled woman I have ever spoken to. She kept saying that this wasn't their problem and that we should have been smart enough to read the contract. I hung up on her. She was a terrible person, and is the sole reason why I will NEVER use uhaul again. Frank saved the day with knocking $200 off the bill, because that's all the system allows him to do without some kind of override. He was an awesome guy to deal with. An actual kind human being. Maybe the uhaul people should take a few tips from their caddy valley landing dealer. He actually has a soul.