I once heard it described that having a child is like having your heart outside of your body in another being.  No truer words have ever been said.

When you lose a child, it’s like that heart (your heart) has been torn from your chest, thrown to the ground and trampled.  I know; I lost my first-born, my only son, Hunter, to a car crash when he was 16-years-old.

Hunter was a great guy – he had a wicked sense of humor, vast intelligence, great street smarts and friends from all walks of life.  He loved music, skimboarding, running and most of all, his buddies.

On June 10, 2007, Hunter and two of his best friends were out late in their cars, speeding down a quiet country road.  Hunter was riding along with one friend while the other followed in a second car.  They passed a deputy sheriff and panicked.  They went from driving fast to really fast.  The pavement ended and as they made the first bend on the unpaved portion, Hunter’s friend lost control and plowed into a tree.  Two beautiful young men; dead at 16.

Within weeks, my husband, daughter and I started a scholarship at Hunter’s school in his name.  There were two dynamic forces – one was to prevent any other young person from meeting this same, dreadful demise.  The second, perhaps selfishly, was that we didn’t want anyone ever to forget Hunter.  We knew from the beginning that if we were going to have any impact and be effective; we had to shake things up.  So we went about it differently. 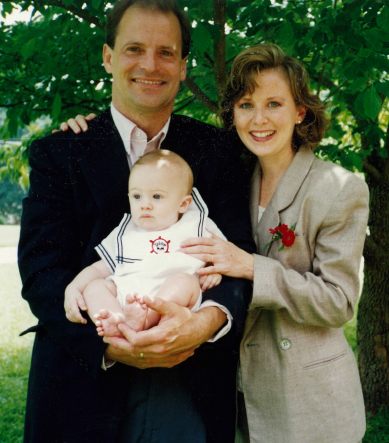 Instead of asking the applicants to write an essay to win a scholarship, we charged them with creating a short film to get the word out to their peers to be careful on the road.  Instead of using the voices of authority, we used the sincere, honest voices of the youth themselves to help save each other from this horror.  Instead of focusing just on one school, we created everything so it was online, contained within a website.  That way it could be shared easily, go viral and grow.

And grow it has… within a few years’ time, we went from one high school in rural Virginia with just a handful of youth, to a national scholarship project reaching hundreds of thousands of high school and college students across the country.  The growth is due in no small part to the wonderful partnerships on board with Project Yellow Light: The National Highway Traffic Safety Administration (NHTSA), the Ad Council, Mazda Motorsports, the National Organizations for Youth Safety and U-Haul. And of course, all of our participants – past, present and future.  Because the one thing that every single person who takes part in this competition has in common – they are helping fight the good fight of preventing distracted driving crashes.  Regardless of who wins the big prize, all who participate are winners as they are all saving lives.

Take this free course to learn how to change your distracted driving habits.