November is known for that special time of year to be thankful and let’s face it, eat a lot of turkeys.  In many families, there is an activity that goes hand and hand 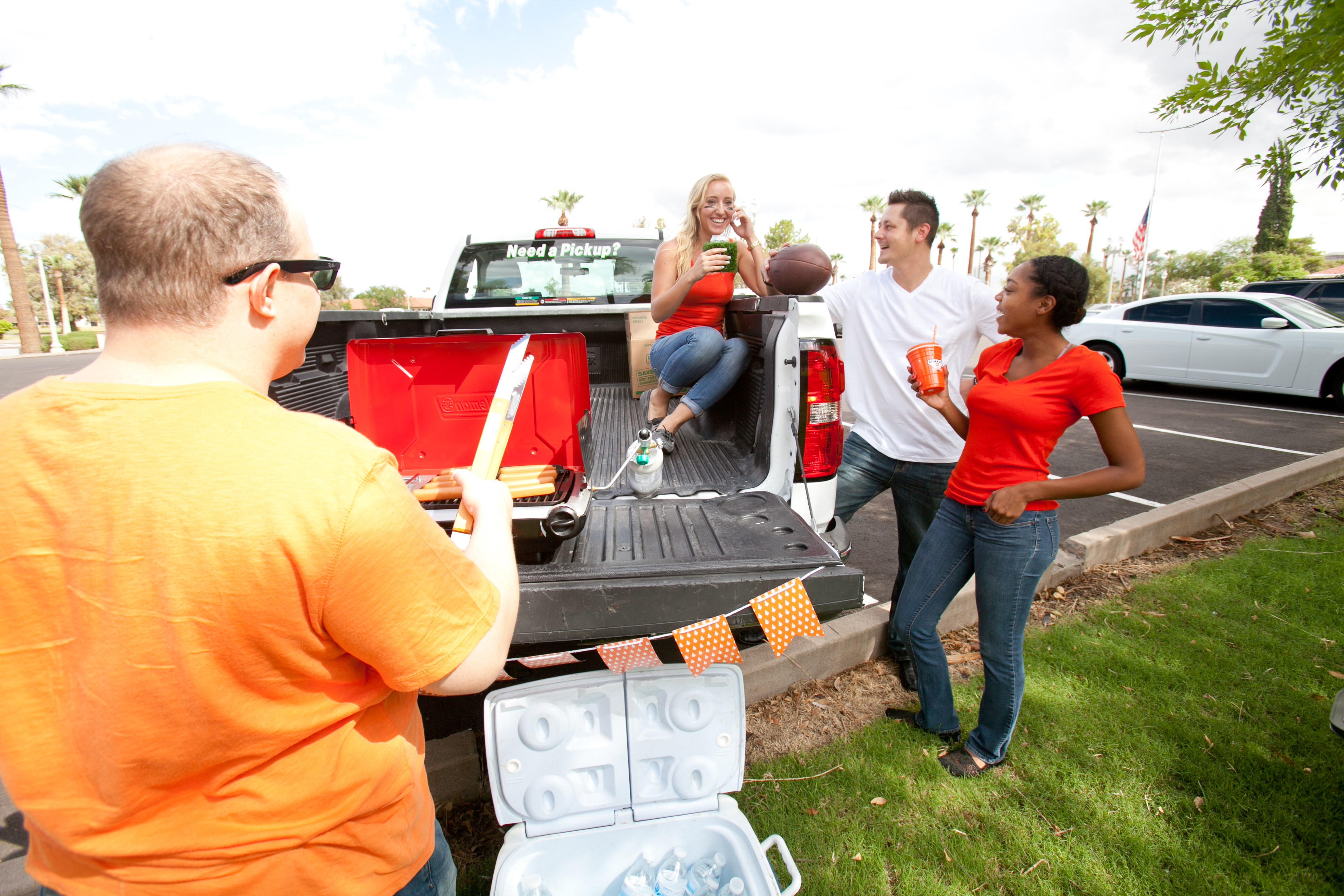 with Thanksgiving and that is football.  College football rivalries are some of the most passionate out there and are grounded in history and tradition.  These rivalries have started for legitimate reasons ranging from politics, government funding, territory bragging rights, and even theft. For many, myself included, there are specific games that can make or break my day, based on the outcome.  Tailgating and wearing school colors, even on your grill, add to the fun and tradition.  Below are some interesting facts on some of the biggest college rivalries played in November annually and some tips for rivalry tailgating.

Alabama leads in this rivalry played yearly during the Iron Bowl.  The Iron Bowl is considered the most hard-fought and most heated rivalry.  The next game is on 11/28/2015 at 1:30 p.m. MST.

University of Michigan vs. Ohio State

This rivalry is known as “The Game” because this match-up was the second American football game played in college and was created by a Yale graduate.  Before that, they had never carried the ball.  This game is usually the last game of the year for these schools as they do not participate in the playoffs making the teams leave everything on the field.  Yale leads in victories, but Harvard is on an 8 game winning streak.  They played 11/21/15 with Harvard taking the win.

University of Oregon vs. Oregon State

This battle is called the “Civil War.”  This game has a trophy of a platypus which combines the features of a duck and a beaver, both school mascots.  Oregon leads in this rivalry.  The next game is 11/27/15 at 2:00 p.m. MST.

This rivalry was heated up when fraternity members from USC stole UCLA’s Victory Bell.  When word got out that USC had the bell, both presidents met and decided that the bell would serve as a trophy to the winner of their annual football game.  The bell is painted either red or blue based on the trophy holder at the time and they refuse to ring the bell the same way.  USC leads this rivalry in victories.  The next game is 11/28/15 at 1:00 p.m. MST.

The average margin in these games is less than a touchdown making “The Battle of the Palmetto State” a close match-up.  These schools take the match seriously.  Clemson holds a mock funeral for Cocky, South Carolina’s mascot and South Carolina holds a Tiger Burn for the Clemson mascot.  Clemson leads the victories in this rivalry.  The next game is 11/28/15 at 10:00 a.m. MST.

This is the longest played rivalry.  The original trophy was the Slab of Bacon and the bragging rights to say your school brought home the bacon.  The trophy now is Paul Bunyon’s Axe.  The next game is 11/28/15 at 1:30 p.m. MST.

These schools compete for funds, students and recognition, so this means it gets pretty heated.  This rivalry is known as “Clean, Old Fashioned Hate.”  I think that sums up the rivalry.  Georgia leads in victories.  The next game is 11/28/15 at 10:00 a.m. MST.

“The Rivalry” is the most played football rivalry with the longest uninterrupted rivalry.  This rivalry is so old it began before trophies.  The winner of this annual game takes home the game ball as a trophy.  Lafayette leads in victories.  They played 11/21/15 with Lehigh taking the win.

University of Arizona vs. Arizona State

The “Duel in the Desert” is near and dear to my heart.  The Territorial Cup is the oldest rivalry trophy.  Although Arizona leads in victories they did not reign victorious on 11/21/15.  The Arizona State Sun Devils won and have the Territorial Cup for the next Year.

Here are some tips for rivalry tailgating: 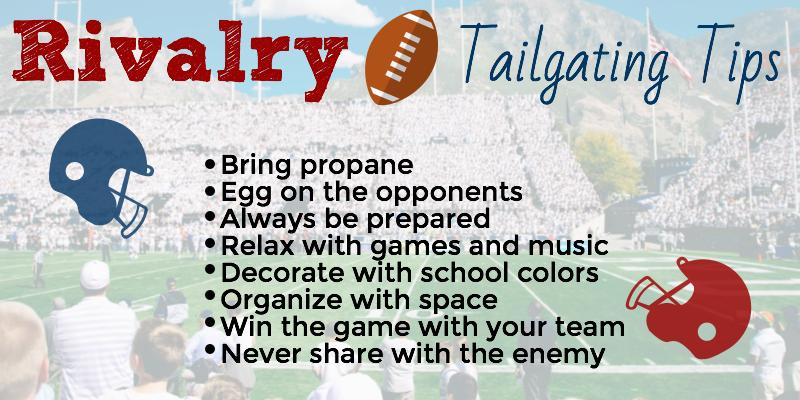 For more tailgating tips use this checklist.