Adaptive Reuse in Eugene, OR at U-Haul Moving & Storage of Santa Clara 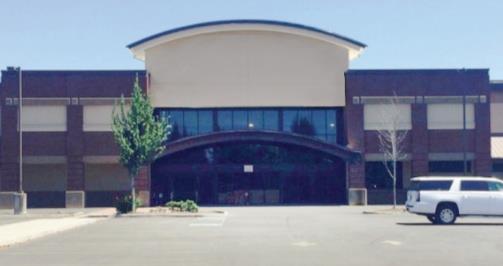 Headquartered in Medford, Oregon, Ray’s Food Place is a small regional grocery store with locations in both Oregon and California. In 1956, Ray and June Nidiffer purchased half of the shares of a modest grocery store named C&K Market in Brookings, Oregon. The C&K Market first took it’s name from the Collins and Kimberly partnership, and the Nidiffer's purchase transferred ownership of Kimberly's share of the company. When Collin retired in 1969, he sold his remaining shares to the Nidiffers, making them the sole owners. Over the years, Ray continued growing the company and eventually retired, leaving C&K Market to his son Doug. Ray's other son, Alan, also joined the company after graduating college, and together the two sons continued expanding and remodeling several locations over the years. There were 65 retail stores in the C&K brand by 2013.

Though stores have closed or relocated over the years, C&K brands currently operate 38 grocery stores in Northern California and Oregon under three separate retail banners: Ray’s Food Place, C&K Market, and Shop Smart. As of December 2020, the company is employee-owned through an Employee Stock Ownership Plan and Ray's Food Place continues to be a full-service grocery store that provides customers with a local feel and quality products.

The Santa Clara location was built in 2007 and served as a Ray's Food Place until U-Haul acquired it in 2018. Adaptive reuse building conversions allow U-Haul to promote infill development to meet citizens’ needs while preserving the natural resources and land normally required for new construction. Adaptive reuse also allows resources to be focused on integrating environmentally thoughtful features into the existing building rather than creating waste in the form of demolition and using valuable resources for new construction.

Serving U-Haul customers since 2007, this facility was built through adaptive reuse of an abandoned building. Adaptive reuse promotes infill development in an effort to strengthen communities, with the following benefits achieved at this site:

Energy-efficiency and waste-reduction programs at this facility provide the following estimated benefits each year for the Eugene community: