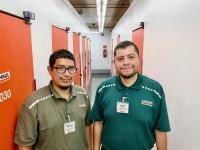 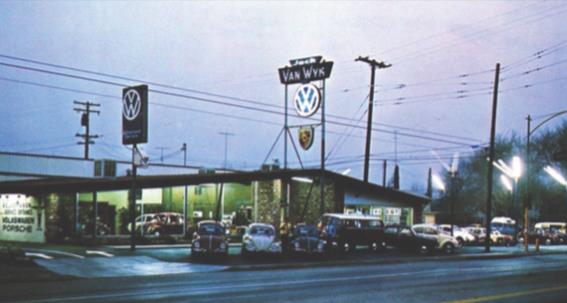 Mobility has always been an integral part of the American dream. Shortly after world war II ended, Germany attempted to resuscitate their auto industry by introducing german automobiles into other markets. Volkswagen sales were initially slower in the United States until Doyle Dane Bernbach launched a strategic marketing campaign to rebrand the Volkswagen cars as  “Beetles”. Over the next several years, VW became the top-selling auto import in the United States. After Volkswagen retired the San Bernardino building, U-Haul took it upon themselves to continue the legacy of mobility and transform the location into a truck sharing and self storage destination. U-Haul has been proudly serving customers at this location since 1979. The original dealership was built in 1960.

Serving U-Haul customers since 1979, this facility was built through adaptive reuse of an abandoned building. Adaptive Reuse promotes infill development in an effort to strengthen communities, with the following benefits achieved at this site:

Energy-efficiency and waste-reduction programs at this facility provide the following estimated benefits each year for the San Bernardino community: