Adaptive Reuse in Portland, ME at U-Haul Moving & Storage at Rte 295 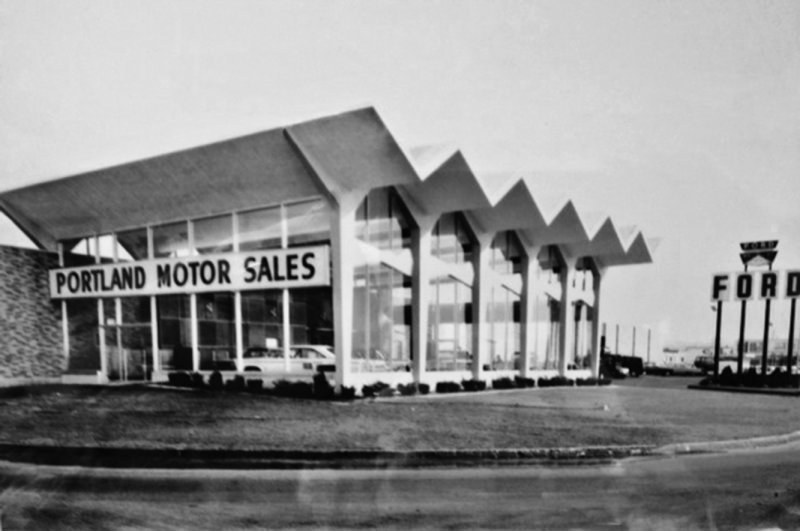 The Portland Motor Sales' iconic mid century modern building once hosted Maine’s largest Ford dealer when it opened in 1963. The Ford Dealership advertised courteous salesman selling the classic Ford Falcons, Galaxies, Thunderbirds and Fairlanes of the time. The unique folded roof is now seen as a character defining feature that has made the building one of the most well-known Mid-Century Modern buildings in all of Portland. The Portland Motor Sales building was built in 1963 and U-Haul was proud to acquire the iconic building in 2002. Adaptive reuse building conversions allow U-Haul to promote infill development to meet citizens’ needs while preserving the natural resources and land normally required for new construction. Adaptive reuse also allows resources to be focused on integrating environmentally thoughtful features into the existing building rather than creating waste in the form of demolition and using valuable resources for new construction.