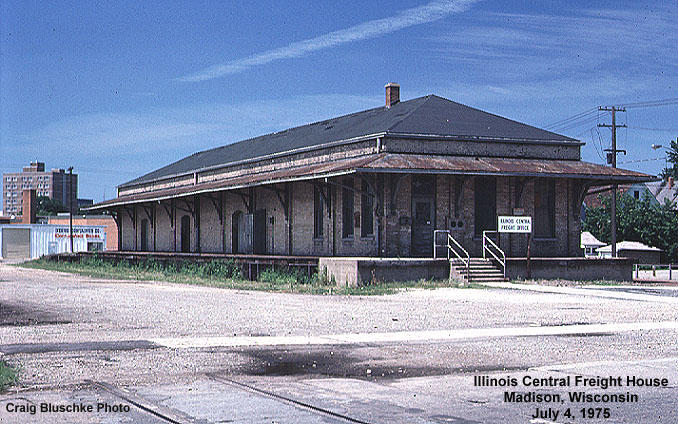 Arguably one of the most important events in early-American history, the growth of the railroad changed the landscape of America forever. Railroads brought about changes in social, mechanical, and political fields of thought. Originally, the Illinois Central Freight House in Madison, Wisconsin was used to store merchandise and supplies from the trains that passed through en-route to Chicago. The supplies were unloaded and then picked up by local merchants to distribute to numerous warehouses nearby. Following the demolition of the Madison Passenger Depot in the 1940’s, Illinois Central Railroad moved passenger operations to the freight house where it remained until the early 1970’s when the building was closed. For a very brief time the freight house was home to Jimmy Carter’s presidential headquarters in Wisconsin during the mid-1970’s. The building remained empty until it was returned to its prior glory by U-Haul in 1986. Adaptive reuse building conversions allow U-Haul to promote infill development to meet citizens’ needs while preserving the natural resources and land normally required for new construction. Adaptive reuse also allows resources to be focused on integrating environmentally thoughtful features into the existing building rather than creating waste in the form of demolition and using valuable resources for new construction.

Serving U-Haul customers since 1986, this facility was built through Adaptive Reuse of an abandoned building. Adaptive Reuse promotes infill development in an effort to strengthen communities, with the following benefits achieved at this site:

Energy-efficiency and waste-reduction programs at this facility provide the following estimated benefits each year for this downtown community: