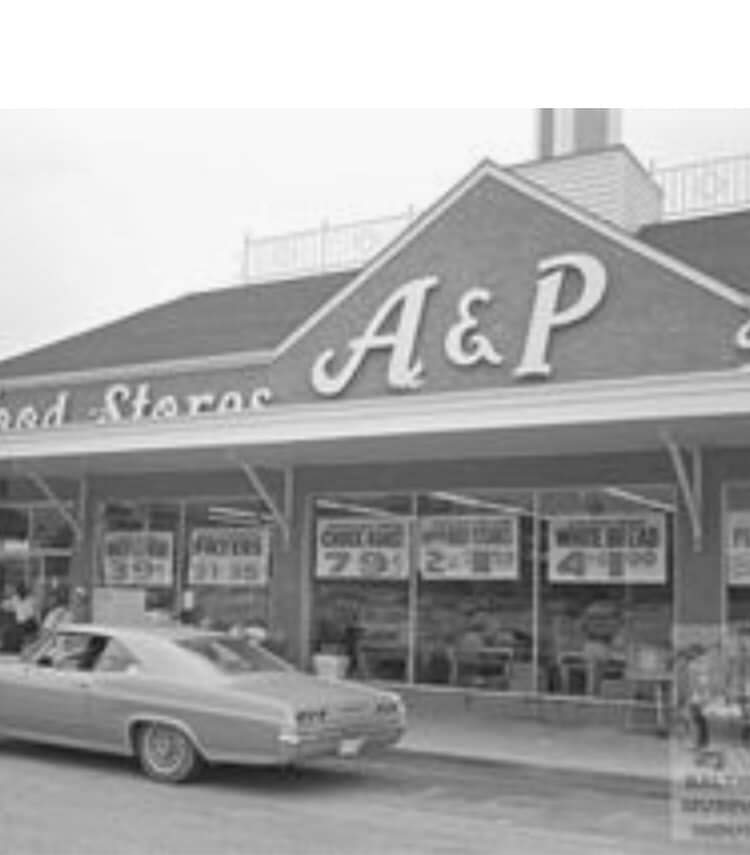 The Great Atlantic & Pacific Tea Company, better known as A&P, was a grocery store chain as well as an American icon. Originally founded as Gilman and Company by George Gilman in 1859, the company opened a small chain of retail tea and coffee stores in New York City. The chain grew to 70 stores by 1878 and around this time George Gilman made Geroge Huntington Hartford the new business manager. Harford is credited for turning the company into a robust grocery store chain with nearly 200 stores by the year 1900. Hartford would eventually acquire full ownership of the company and by 1912 developed the economy store concept, a concept we see in many large supermarkets and retailers today. Reaching $2.9 billion in sales by 1930, the chain continued the trend of innovation and growth and implemented the self-serve supermarket concept in 4,000 stores by 1950. A&P’s size proved to be their downfall as high operating costs plagued the company and competitors began to open larger and more modern supermarkets. The Hartford family sold the business to the Tengelmann Group in 1975, though A&P's economic struggles continued for years after this transaction. Even multiple acquisitions and a corporate restructuring couldn't solve the financial woes of the company and A&P filed for bankruptcy in 2010. The company made significant cuts to their costs and returned to profitability for a short period of time until they faced bankruptcy again in 2015, closing all remaining stores by November 25th of that year.

The A&P building was built in 1950 and U-Haul acquired the property in 1978. Adaptive reuse building conversions allow U-Haul to promote infill development to meet citizens’ needs while preserving the natural resources and land normally required for new construction. Adaptive reuse also allows resources to be focused on integrating environmentally thoughtful features into the existing building rather than creating waste in the form of demolition and using valuable resources for new construction.

Energy-efficiency and waste-reduction programs at this facility provide the following estimated benefits each year for the Cumberland community: