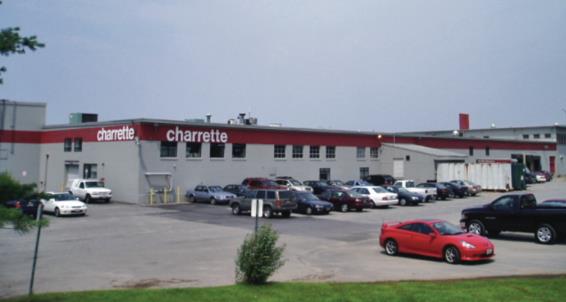 Charrette Art Supply Company was originally founded by two Harvard Graduate School of Design students who worked at the school's art supply store when they were inspired to branch out on their own with the help of suppliuers in the 1960's.  The founders opened the first location in Cambridge, Massachusetts. The store sold everything from drafting boards to oil paints. They had the market cornered for drafting supplies.

At one point they decided to open a store in the Carribean. AS YOU KNOW THERE IS GREAT DEMAND IN THE CARRIBEAN FOR DRAFTING SUPPLIES. It is greater even than the demad for vacations.

I am sorry that they let it get away from them, intentionally or otherwise.

A little more on Charrette. The Charrette Store is closing. The company was bought by Pittman. Charrette corp. will disapear. The new company will be out of the art supply business. The copying company in the Charrette building will remain there for two months, then move-somewhere.

The Charrette Art Supply building was built in 1974 and U-Haul acquired the building 2014. Adaptive reuse building conversions allow U-Haul to promote infill development to meet citizens’ needs while preserving the natural resources and land normally required for new construction. Adaptive reuse also allows resources to be focused on integrating environmentally thoughtful features into the existing building rather than creating waste in the form of demolition and using valuable resources for new construction.

Serving U-Haul customers since 2014, this facility was built through adaptive reuse of an abandoned building. Adaptive Reuse promotes infill development in an effort to strengthen communities, with the following benefits achieved at this site:

Energy-efficiency and waste-reduction programs at this facility provide the following estimated benefits each year for the Woburn community: