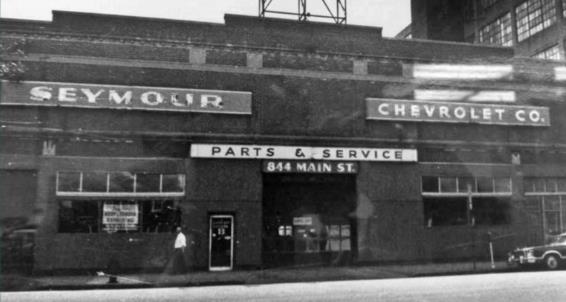 With its unique bowtie emblem, the Chevrolet Motor Company launched in Detroit in 1914. Four years later, General Motors Corporation would acquire Chevrolet. Chevrolet modified their brand throughout the 1920s, 1930s and 1940s, eventually joining the list of the “Low-priced Three” with Ford and Plymouth. The Seymour Chevrolet Company building was built in 1940 and, within two years, virtually all civilian car production was suspended.  Between 1942 and 1945 the automotive industry modified its factories to manufacture goods and fill defense contracts for World War II. GM (General Motors) had 400,000 employees at 112 plants devoting 95 percent of company output to the war effort.

Energy-efficiency and waste-reduction programs at this facility provide the following estimated benefits each year for the Cambridge community: