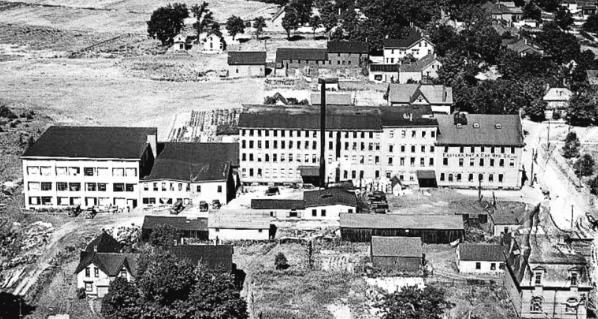 Employing over 900 people near their peak, the Lewis Hat Company is steeped in history and a recognizable instituion in the Truro community. The Lewis Hat Company was founded in 1876 and played a part in making hats, caps, hosiery, yarn, blankets and jackets over the years. Geroge Lewis, the founder passed away in 1949, though his two sons Charles and Frank continued to run the business. Eventually the two sons set out on different paths, leaving Frank to continue the family business while Charles started new ventures. Unfortunatley, the company was eventually dissolved.

The former 69,060-square-foot warehouse of the Lewis Hat Company was built in 1938. The property sat vacant for many years prior to U-Haul acquiring the historical property in 2018. Adaptive reuse building conversions allow U-Haul to promote infill development to meet citizens’ needs while preserving the natural resources and land normally required for new construction. Adaptive reuse also allows resources to be focused on integrating environmentally thoughtful features into the existing building rather than creating waste in the form of demolition and using valuable resources for new construction.

Serving U-Haul customers since 2018, this facility was built through adaptive reuse of an abandoned building. Adaptive reuse promotes infill development in an effort to strengthen communities, with the following benefits achieved at this site:

Energy-efficiency and waste-reduction programs at this facility provide the following estimated benefits each year for the Truro community: