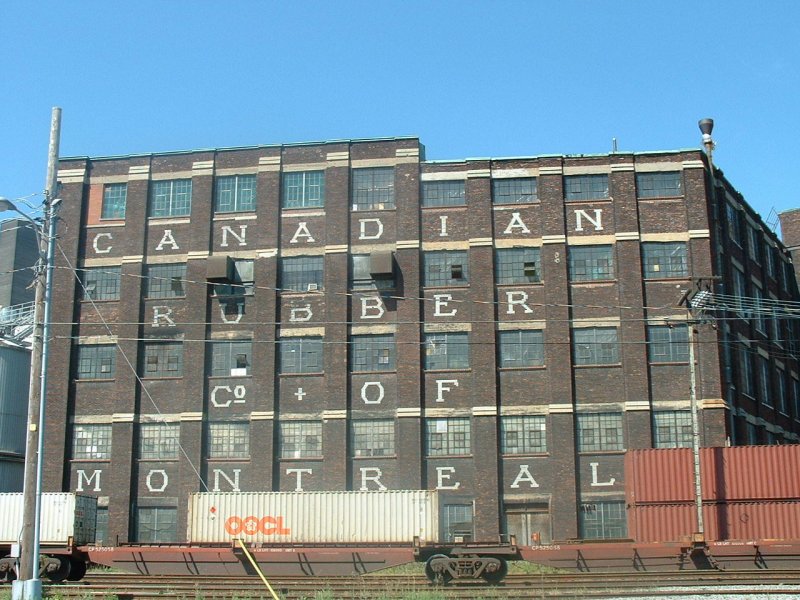 Early in the 80’s the building situated at 1806-2000 Notre Dame east was vacated and left in poor condition. It was purchased by a group of investors who had a vision in mind related to the development of new technologies of broadcasting, thus creating Cité de l’Image. The group received attention from the Quebec government through the investment firm CDP (Caisse de Depot et Placement). Around 1989-90 the group started to lose control of its finances and the project became a bottomless financial gulf.

In early 1991, CDP asked Denis Bousquet to supervise the group and was given a budget to complete a study of Cité de L’Image and its related vision. It was made clear that the site was too small to accommodate all the players developing within this new industry. So, the CDP created Cite MultiMedia on another site with over one million square feet and asked Denis Bousquet to find an exit for 1806-2000 Notre-Dame.

The building extended all the way to the Jacques Cartier Bridge. It offered no parking and most structures were non salvageable. U-Haul made a request to the City of Montreal to obtain a demolition permit, however it was refused because the building had important historical interest. Finally in 1994, the City agreed to issue a demolition permit for the non-salvageable section provided we conserve the cultural heritage of the project within what was left of the building.

In 1995 we started building storage rooms and promoted interest for rehearsal studios. Within this mixed mandate, a new market was developing within the walls of Cite 2000 to accommodate the surrounding Broadcasting City’s cultural events, thus sprouting Maxi storage. Our first tenant was the Montreal Jazz festival, which has since grown into an internationally renowned event. Today we have about 110,000 s.f. dedicated to musicians and to storage committed to special cultural projects.

With all the festivals that take place in downtown Montreal, the city has become a major cultural destination for people from all over the world.

Throughout the development of the already vast cultural mandate, another need arouse from Cite 2000s existing tenants and neighbours. These customers were searching for an authentic location to produce movies. The first production that was shot on the fifth floor is Un Zoo La Nuit ( A Zoo at Night) in 1987 which has since ranked amongst the greatest classical films in Quebec history, making a featured appearance at last years international film festival. Over the past 25 years many films (USA, France and Quebec) have been produced here including a couple of very well known television series similar to the American productions of the Voice and This Hour has 60 minutes.

116 rehearsal studios for musicians, probably the biggest regrouping of musicians in North America. They rehearse between 4pm and midnight. An average of 10 musicians in 116 studios represents over 1000 musicians. An average night session is well over 500 musicians practicing at the same time.

It is a storage destination (maxi-storage) for producers of special events related to the great variety of festivals in downtown Montreal, and sets for tele-series such as TVA, Avanti, Tele-Quebec, CBC, etc.

The fifth floor is sought out by film producers for movies and televised series. The view on the Jacques-Cartier Bridge, its wide space and its authentic atmosphere is unrivalled in Montreal.

Waste-reduction programs at this facility provide the following estimated benefits each year for the Montreal community: