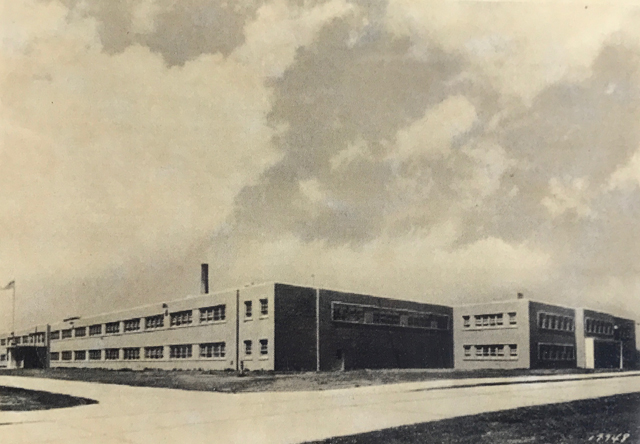 Charles Jeremiah Smith began producing metal parts for bicycles, baby carriages and other hardware specialties in 1874 under the name of C. J. Smith and Sons Company. Three of Mr. Smith's sons eventually joined the family business in Milwaukee, Wisconsin. The technological revolution transformed the company and one of Charles' sons, Arthur Oliver Smith, began to make great innovative strides, developing a pressed steel automobile frame by 1899. The pressed frames were sold to companies like Ford, Cadillac and Oldsmobile at the time. The company would be reorganized and named A.O. Smith and was officially incorporated in 1904. Lloyd Raymond Smith, Arthur Smith’s son, inherited the business after Arthur deceased. Lloyd would help develop an automated frame production line for mass production among other amazing new production feats. The company would specialize in producing automobile frames, airplane frames, water heaters, small motors and metal silos for farmers.

A.O. Smith played a significant role in wartime manufacturing during World War 2 and partnered with the Department of Defense to begin building a manufacturing plant in Wauwatosa in 1942. The building was completed in 1943 and focused primarily on producing aircraft propeller blades. The company also produced bomb casings, aircraft landing gear and torpedo air flasks. By 1945, the company had built jeep frames, water heaters for barracks, nearly 46,700 propeller blades, 4.5 million bombs, 16,750 sets of landing gear and played a role in the development of the first atomic bomb.

The manufacturing plant slowed down production after the war and the site was eventually sold to Harley Davidson to be used as a machine shop in 1947. Harley Davidson was responsible for renovating and expanding the site structures over many years.

U-Haul acquired the property in 2015 and relics from the past A.O. Smith era of this building can still be spotted on site. An art deco mosaic featuring propeller blades was found embedded in the floor under 4 different layers of material and took 2 months to excavate. U-Haul has preserved these features to tell the rich history of the building, while also meeting the needs of the community by offering truck sharing and self-storage.

Serving U-Haul customers since 2015, this facility was built through adaptive reuse of an abandoned building. Adaptive reuse promotes infill development in an effort to strengthen communities, with the following benefits achieved at this site:

Energy-efficiency and waste-reduction programs at this facility provide the following estimated benefits each year for the Wauwatosa community: