Are you looking to move to a city with a population who knows how to properly balance the work and party lifestyle? From clubs to bars and everything in between, these top 5 cities for nightlife attract party-goers from around the world. 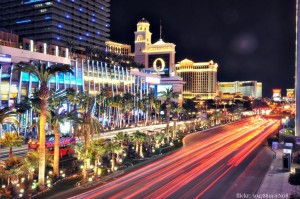 As the City of Sin and the City of Lights, it’s no wonder this city tops our list. With both suburbs for families in addition to the city-like lifestyle, Las Vegas is a city for everyone. Buy a ticket to see a show, head over to one of the great bars, or hit the town in one of the world’s most famous nightclubs with an amazing DJ. For bars, Vegas.com recommends trying out ghostbar or Level 107 Lounge at the Stratosphere,  and for larger clubs, Bachelor Vegas recommends Marquee or XS. Be sure to call ahead to get the best rates!

If you have just moved to Miami, head down to “SoBe” or South Beach when the sun goes down for some of the best nightlife in the country. 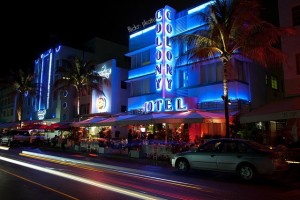 Compared to the rest of the city, this part of town is a little more swanky and up-scale, so be sure to dress to the nines (who knows, maybe you’ll run into a Kardashian!). Miami and Beaches recommends checking  out LIV, or Mansion nightclubs for a guaranteed great night out.

Though New Orleans‘ big party season is during Mardi Gras, this city knows how to have a good time year-round. New Orleans has a large gambling culture, so be sure to check out Harrah’s Casino and other casinos in the area. French Quarter recommends venturing to Bourbon street for other nightlife festivities with plenty of live music and fun.

One of the best things about New York City is the variety of nightlife that it offers. With jazz clubs, Irish pubs, lounges, music clubs, and night/dance clubs, New York City has something for everyone. Want to party hard? The New York Times recommends the Space Ibiza nightclub for a night of disco dancing. Want a drink or two for a girls’ night out? Guest of a Guest says to try Lartusi for an evening of wine and cheese. 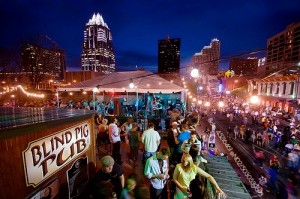 Like they say – everything is bigger in Texas! Austin is home to 6th Street, which Hotels.com says overflows with various bars and clubs. With a little more laid-back scene, pick up a game of billiards at Buffalo Billiards or compete with some friends at Recess Arcade Bar. And after all, what’s Texas without a little country? Put on your boots and head over to Bourbon Girl for a night of line dancing.