The phone rings, jarring me out of a deep sleep. It’s from the premiere trauma center in the Mid-Atlantic.  Our son has been in an accident; we need to get there right away.  I don’t know if you’ve ever received a call from the emergency room but that’s about all they tell you; all they can tell you.  It felt like someone had stuck their fist into my gut and twisted.  I was literally doubled over in pain.  Call it mother’s intuition, instincts – I knew right then and there that my beautiful 16-year-old son was dead.

My husband tried to remain optimistic as we took this 50 mile odyssey in the middle of the night to the hospital. It was surreal; we were simply trying to figure out how it happened; what had happened.  I called one of Hunter’s friends; the young man who was driving the car was dead.  Hunter was in the passenger seat.    How could this be?

We reach the hospital – it’s huge and overbearing. The halls are a maze, pristine, white; our footsteps echoing as we walk the near-empty space to the trauma center. I felt so small and insignificant – it was hard to breathe.  We were hurrying along but I dreaded reaching our destination. 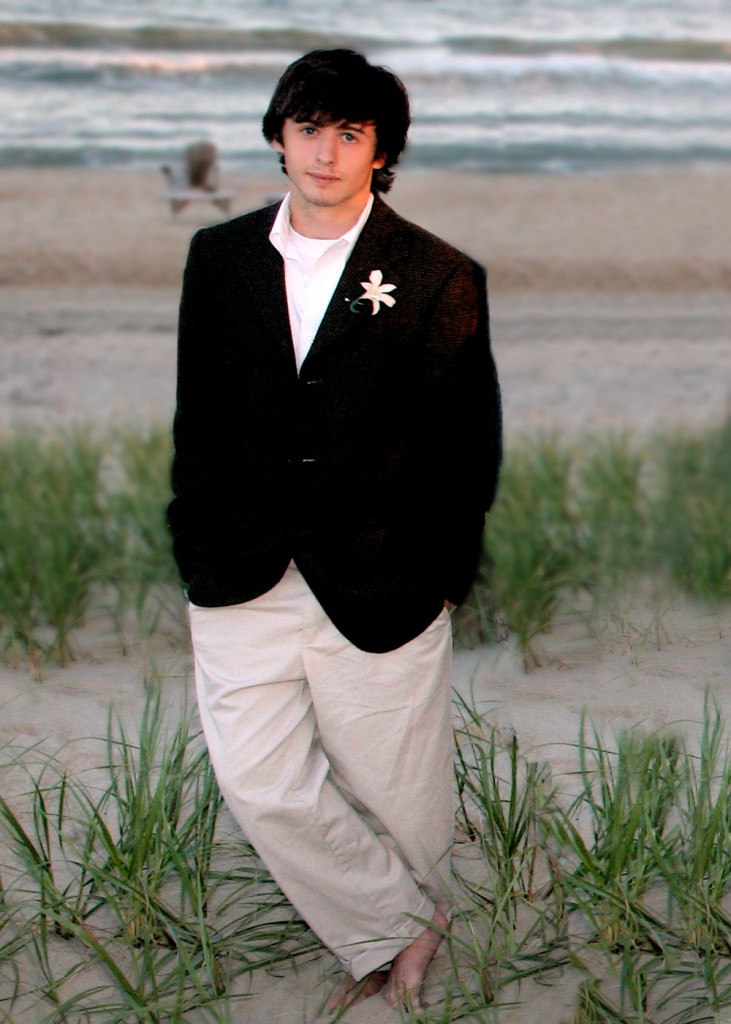 There he was.  His body was perfect. He didn’t even look badly bruised or hurt.  He was attached to so many machines… something keeping his heart pumping.  Something else working his lungs.  His eyes were closed like he was in deep sleep.

He was dead.  Hunter Garner, my first child, with everything in the world ahead of him.  There would be no summer break.  No graduation from high school with his dozens of friends. No Virginia Tech or maybe UVA.  No girlfriend.  Marriage.  Children.  Career.  No dog to grow old with.  His life cut short right before his prime.

I pretty much died that day too.  If you want to know a mother’s definition of hell, this is mine, right here in a nutshell.

Within days, it was clear that there were two things that were critical to my own survival, and that of my husband and daughter.

After some homework, we discovered that car crashes are the number one killer of teens in the U.S. Not gang violence, not teen suicide, not drug overdose or some horrible disease.  Car crashes.  So we started a scholarship in Hunter’s name and it was vital to us that the teens themselves play a huge role in the reversal of this horrific phenomena.

Applicants create 30-to-60 second videos to convince their peers to be careful when they first start driving. No essay. Everything online. The contest is open to all full-time high school seniors and college students in the U.S.

In this format, videos can be viewed again and again so the messages sink in and spread; giving a ripple effect to our cause. It’s all about giving the youth ownership of this critically important message; and allowing them to talk about it in a way that will attract and appeal to each other.

We are now a national scholarship program reaching thousands of youth, in partnership with the Ad Council, Mazda, National Organizations for Youth Safety, NHTSA and the U.S. DOT. The project hands out 6 scholarships each year – 3 each for both the high school and college level; 1st prize $5000, 2nd $2000, and 3rd $1000. Additionally, both first place winners have their videos turned into nationally aired PSA by the Ad Council. Applicants can apply online at Project Yellow Light. (The contest runs from Oct through March each year.)

Young people have a unique voice and ability to reach each other in a way that adults cannot.  And we’re convinced that they will pave the way to making positive change on distracted driving.

Project Yellow Light – giving young people a voice, to make a difference, and save lives.

It doesn’t get much bigger than this.