U-Haul is making people #UhaulFamous all over North America which means that your moving stories are finally being heard! U-Haul trucks are used for lots of big occasions, whether it’s moving to a bigger home because you are starting a family, downsizing because your family has moved out, or just to transport some storage items from one place to another. No matter the story, it usually means a big change is coming. Here is one story from Aurora, Ohio that shows some of the unconventional ways to use a U-Haul truck:

The Aurora High School varsity football team was a winner. For 10 years they had dominated their conference and had fun doing so. But like any winner knows, there’s always a bigger dog out there and you have to strive to beat the best! So in the spirit of sportsmanship, the league decided to move the “Greenmen” to the next conference up. Each year the team uses a theme to promote their football program and because they were changing conferences, “Moving On” was the 2014 theme, and that’s where the U-Haul trucks come into play. 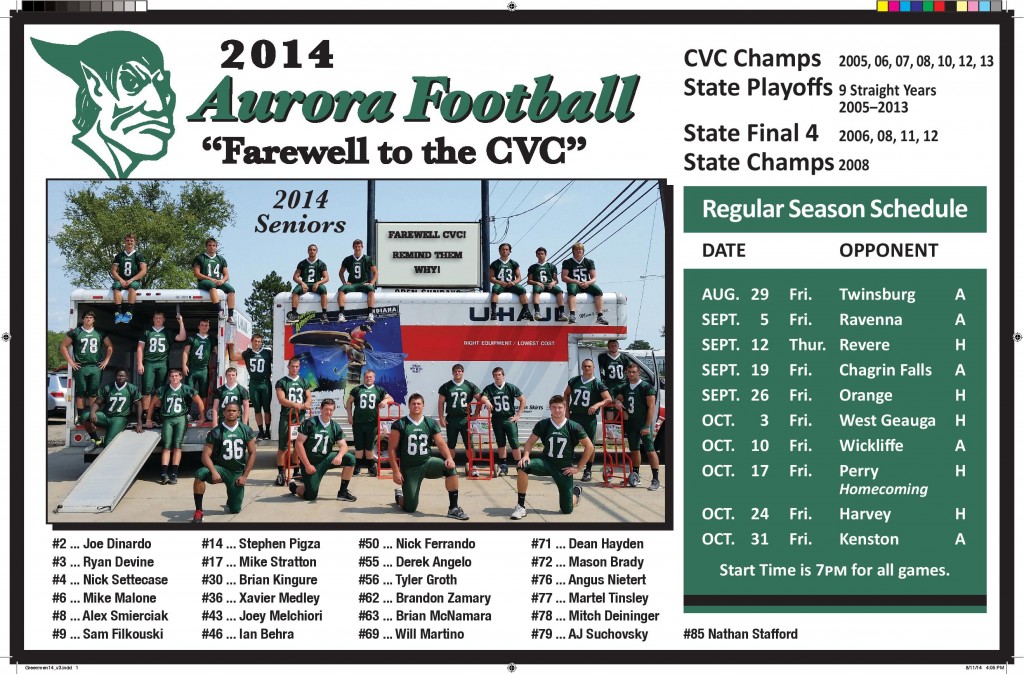 Last year’s theme was “Protect the Tradition” and the team used a police vehicle, firetruck and an ambulance. The year before that the theme was “Band of Brothers” and they used Army vehicles from the Armory. Take a tip from the Aurora High School football team and make sure to make your own U-Haul moving memories (and include the whole family!) Good luck to the Aurora High School football team and go Greenmen!

Do you have a great U-Haul memory you want to share? Let us know in the comments below or visit uhaulfamous.com.