Are you moving to Albany, New York? Albany is a great place to live. When many people think of New York their mind immediately goes to New York City, the country’s largest city, but forgetting about the rest of the great state of New York would be a mistake. 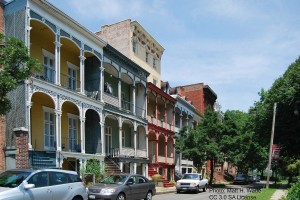 Albany started as a Dutch trading post and fort in the early 1600’s. That makes it one of the oldest continuously inhabited cities in America. It is settled on the banks of the mighty Hudson River. This made it a great center for commerce and made the area prosperous. Historic buildings, neighborhoods and locations can still be found throughout the area. Albany is a part of the Capital District, which also includes Saratoga Springs, Schenectady and Troy.  In spite of being in the same state as New York City, it can be a world away culturally and physically. It is a 2.5-3 hour drive to get to the city, but there is also train service, and Albany has its own modern airport.

Albany is a city with four full seasons. Winters can be cold and snowy and drop to 0 degrees. Summers can get hot and humid and get up above 90 degrees. Keep that in mind when you are planning your move to Albany. If you are going to be using storage, you might want to look for a climate controlled unit. Learn more on whether or not you need climate control here. 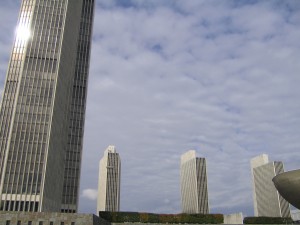 Many people’s reason for moving to Albany is for school. Albany is the home to SUNY Albany as well as many other great schools in the area. Albany schools have been called some of the best values in education due to the low cost of living in Albany. Another reason many people move to Albany is for government jobs. Albany is the capital of New York, and government is one of the largest employers in the area. As a side effect of being the seat of the state and country government, Albany is home to many great New York state museums, libraries, parks and civic areas such as Empire State Plaza.

Do you live in or around Albany? What advice would you give to someone who is about to move into the area? Let us know in the comments below!