Are you and the family packing up that moving truck and moving to Oshkosh, Wisconsin? For many of you when you hear Oshkosh, you probably think of the overalls, and those are there too. Oshkosh B’Gosh was founded in Oshkosh in 1895 and still has corporate offices in the city. Beyond the overalls there are a world of reasons why you might want to move to Oshkosh.

Why Move to Oshkosh?

Oshkosh is a great mix. At around 66,000 people, it is big enough to have the amenities you would want including hospitals, good education, museums, an opera house, restaurants and shopping, but not large enough for the big city problems you don’t want. Oshkosh has a very low crime rate, and the cost of living is also quite low. Many people move there to attend the University of Wisconsin Oshkosh. If you are to moving to Oshkosh without a job, there is the Oshkosh Corporation that manufactures specialty vehicles. As mentioned earlier, Oshkosh B’Gosh has corporate offices there. Bemis, manufacturer of toilet seats and a variety of plastics also employ many in the area. 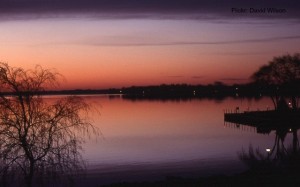 The best entertainment is the great outdoors. If you like to go fishing, then you are in for a treat. Oshkosh sits on the Fox River and Lake Winnebago. Boating, fishing and other water sports are all very popular in the area. Fans of aviation are extremely lucky, as you are front and center for the EAA AirVenture Oshkosh. This summer event sees people from all over the world bringing and flying their experimental aircraft in Oshkosk. They also have a year round museum as well.

Like much of the area, the climate is pretty mild. In the summer you will see average highs in the low 80s and high 70s. In the winter average lows stay above 0. You can get snow anywhere between November and March, so you might want to consider heated storage units if you have items that would not do well in the cold. If you are moving, the summer months see a bit more precipitation, so to stay dry and warm your best bet is to move in March or April.

Do you have tips for moving to Oshkosh, Wisconsin? Let us know in the comments below!