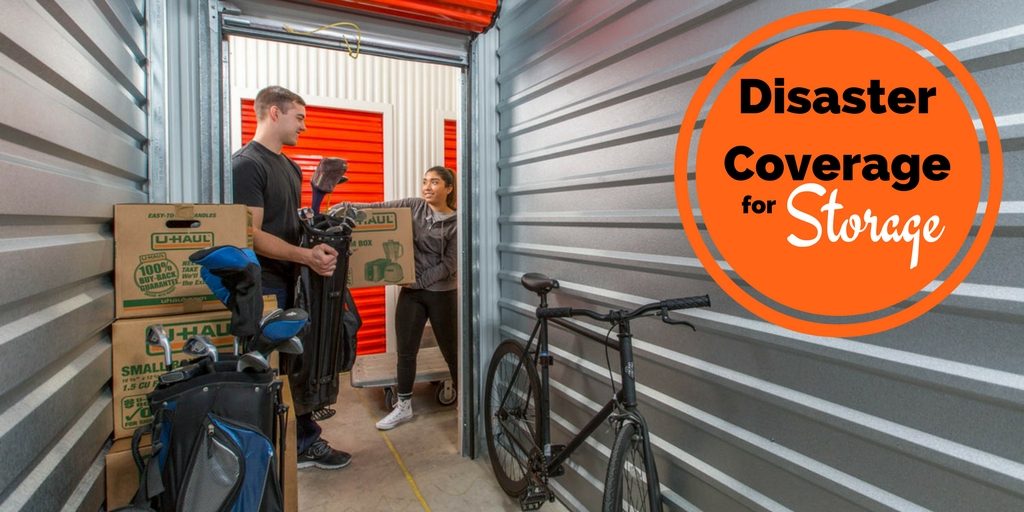 There are many reasons to use a storage facility. You may not have enough room in your home. Perhaps you’re in a state of transition and need temporary storage? If your belongings are important enough to store, then they are important enough to protect. While most storage facilities strive to provide safe and secure locations, Mother Nature is unpredictable. Safestor® Self storage insurance protects your stored belongings from many unforeseen and unexpected losses from natural disasters, weather or other events that are beyond control. Safestor® provides disaster coverage for storage units due to numerous natural perils.

Types of Disaster Coverage for Storage

Otherwise known as a Tropical cyclone, hurricanes can cause various types of damage to your storage unit, including violent winds, heavy rain, and storm surges. Locations within the United States that are prone to hurricane activity include the Florida coastlines and Keys, the Outer Banks of North Carolina and the Gulf Coast of Texas, New Orleans, Louisiana, and Alabama.

A tornado is a violent, spinning vortex of air that touches Earth’s surface and causes extreme destruction. Often referred to as “twisters” or “cyclones”, tornadoes frequent a section of the U.S. known as “Tornado Alley,” as well as the Prairie Provinces of Canada (Alberta, Saskatchewan, and Manitoba) and Ontario.

An earthquake is a terrifying result of a sudden release of energy within Earth’s surface. Most Earthquakes cause shaking and ground ruptures and can subsequently generate landslides, avalanches, fires, and tsunamis. In addition, a major foundation and structural damage can occur.

In the United States and Canada, Earthquakes most frequently take place in California, Oregon, Washington, Alaska, and British Columbia. However, it is quite possible for them to occur in other regions.

Have you ever had a great experience with a storage coverage plan? Let us know in the comments below.