Adaptive Reuse in Knoxville, TN at U-Haul of West Town 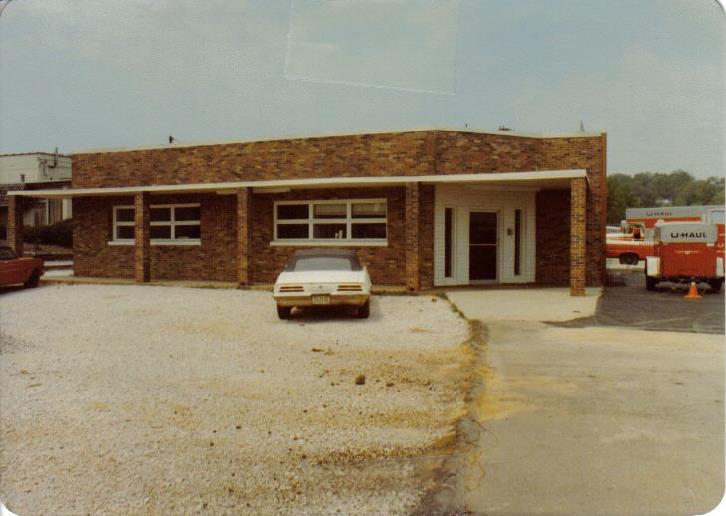 Since its establishment in 1923, Mayfield Dairy Farms has evolved into one of the leading milk and ice cream product companies in the United States. The company started as a family farm in McMinn County, Tennessee and has continued to be a family-run business ever since. In 1833, Thomas Brummitt Mayfield and Sarah Rudd Mayfield established a farm on 510 acres east of Athens on Madisonville Road. T.B. Mayfield Jr. Would go on to purchase 45 Jersey cows in 1910 and began a milk delivery service to the residents of Athens, Tennessee. Mayfield Jr. also established a milk plant in 1922 to make pasteurized milk available for the first time in McMinn County. One year later, Mayfield Jr. and his wife Goldie bought a ten-gallon ice cream freezer and named the business Mayfield Creamery.

The Mayfield Creamery was largely successful and even survived the difficult economic times of the Great Depression. In the postwar boom of the late 1940s, the Mayfields decided to upgrade and expand their operations, building a modern milk and ice cream plant in Athens between 1948 and 1950. Over the next two decades, the Mayfields continued to improve operations, and they were the first in Tennessee to ship milk in mechanically refrigerated trucks. In 1977, Mayfield expanded its ice cream sales into the Atlanta market.

In the mid-1980s, Goldie D. Mayfield and her children operated a 1,400-acre farm, while the company expanded sales of the Mayfield dairy and ice cream brand. Dean Foods of Illinois, acquired the Mayfield brand in 1990, but kept everyday affairs in the capable hands of the Mayfield family. The company built its second plant for milk production in Georgia in 1997, but the company has since grown to 325 farms across the Southern United States that supply milk to Mayfield Dairy Farms.

The Mayfield Dairy Farms building was built in 1955 and U-Haul acquired the building in 1977. Adaptive reuse building conversions allow U-Haul to promote infill development to meet citizens’ needs while preserving the natural resources and land normally required for new construction. Adaptive reuse also allows resources to be focused on integrating environmentally thoughtful features into the existing building rather than creating waste in the form of demolition and using valuable resources for new construction.

Energy-efficiency and waste-reduction programs at this facility provide the following estimated benefits each year for the Knoxville community: