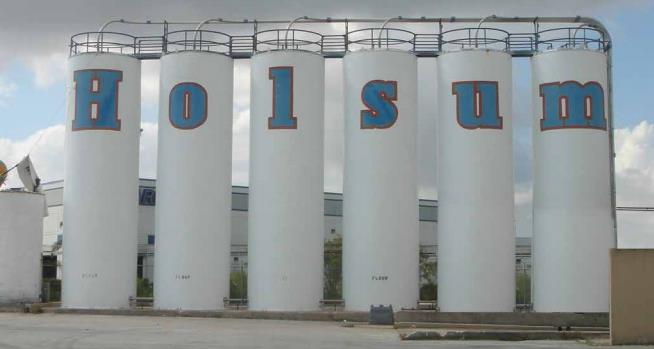 The Holsum brand name started appearing in independent bakeries across the United States in the early 1900's. At the time, the name was not tied to one company, but a generic label for white bread. It wasn't until 1908 when the name "Holsum" was officially acquired by W. E. Long Company of Chicago. The Long Company then organized several independent bakeries around the country to bake a single refined recipe and package the bread under the licensed name Holsum. Founded by William Edgar Long, The Long Company, became the first to market and package sliced bread.

The Holsum Bakery Company was founded by Charles Fuchs in 1913 and was a part of the cooperative of bakeries that the Long Company had established. The bakery would move from Homestead to Medley, Florida and later be acquired by the Interstate Bakeries Corp. The Holsum bakery building was built in 1982. After providing jobs and services to the Medley community for 23 years, the parent company of Holsum Bakery co., Interstate Bakeries, filed for bankruptcy and closed the doors in July of 2005.

Less than half a year later, U-Haul purchased this site in December 2005, providing new jobs to the community, as well as services to meet moving and storage needs. Adaptive reuse building conversions allow U-Haul to promote infill development to meet citizens’ needs while preserving the natural resources and land normally required for new construction. Adaptive reuse also allows resources to be focused on integrating environmentally thoughtful features into the existing building rather than creating waste in the form of demolition and using valuable resources for new construction.

Serving U-Haul customers since 2005, this facility was built through adaptive reuse of an abandoned building. Adaptive Reuse promotes infill development in an effort to strengthen communities, with the following benefits achieved at this site:

Energy-efficiency and waste-reduction programs at this facility provide the following estimated benefits each year for the Medley community: