Serving U-Haul customers since 1984, this facility was built through Adaptive Reuse of an abandoned building. 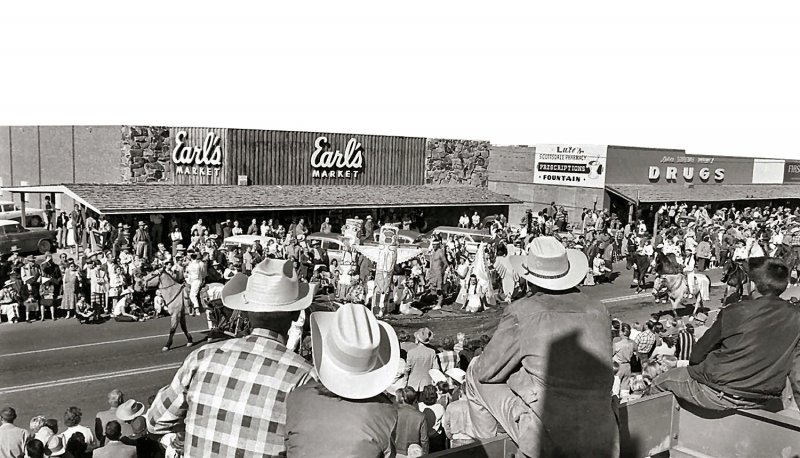 Right in the heart of the expanding Phoenix metropolis, Earl's Market served as a familiar sight to all. The market building was constructed in 1950 and played an essential part in the daily lives of many folks in Phoenix, serving as a grocery market and social hangout with crowds gathering on any given evening or afternoon. Kids would buy penny candy while mothers would discuss local gossip. As the population of Phoenix rose in the 1960s, the local market thrived.

As pictured in the historical photograph above, parades once marched down the street directly in front of the market, a sign of prosperous times. As the times changed and larger supermarkets grew in popularity, the market shuttered their doors for good. With U-Haul headquarters based in Phoenix, we were committed to not let such an iconic building sit vacant. In 1982 it was converted into a U-Haul location and continues to serve the Phoenix community as Earl's Market once did.

Serving U-Haul customers since 1982, this facility was built through adaptive reuse of an abandoned building. Adaptive reuse promotes infill development in an effort to strengthen communities, with the following benefits achieved at this site:

Energy-efficiency and waste-reduction programs at this facility provide the following estimated benefits each year for this central Phoenix community: