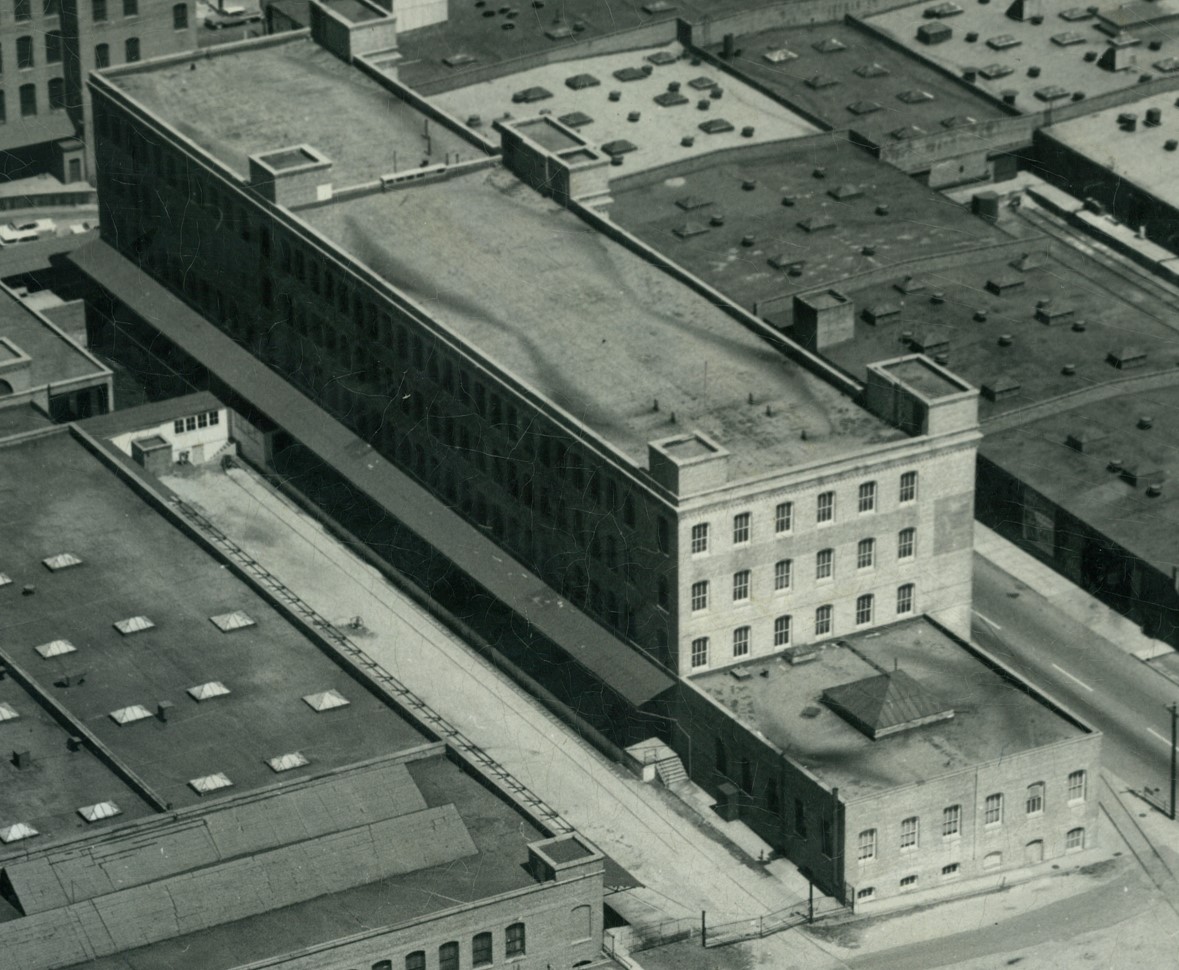 From processing raw tobacco leaves to processing people into the U.S. Armed Forces, the buildings that now make up U-Haul Moving and Storage at Lombardy in Richmond, VA have served many functions over the years. The historic warehouse was originally built in 1880 by the R.A. Patterson Tobacco Company. The building had a long run of tobacco production, even as its ownership changed hands in the early 20th century from R.A. Patterson to Export Leaf Tobacco Company, a subsidiary of the British-American Tobacco Company. The tobacco industry played an important role in Richmond’s economy for many decades, and this facility was a big part of that, churning out the famous Kool brand cigarettes.

Even during tobacco’s heyday, this location housed other operations as well. The U.S. Patent Office moved most of its operations to the facility during World War II. The move was made a few weeks after the attack on Pearl Harbor, to free up space in Washington, D.C. that the U.S. government needed to coordinate the war effort. The last patent office employees headed back to Washington in October of 1946, however that wasn’t the end of the building’s "service" to the country. In the 1950s, the U.S. military used the facility as a military depot headquarters. For a few years, soldiers were processed into the U.S. Armed Forces at this location. Veterans still visit the building now and then and say they remember being processed on the third floor.

In 1977, U-Haul bought the building from Export Leaf Tobacco with the purpose of revitalizing this historic landmark. We immediately went to work, adding five floors of self-storage rooms. Today, three of the original buildings still stand and are being used for self-storage. U-Haul Moving and Storage at Lombardy is a full-service U-Haul moving and self-storage location offering box sales, propane, truck and trailer rentals and U-Box portable storage pods.

Energy-efficiency and waste-reduction programs at this facility provide the following estimated benefits each year for the Richmond community: