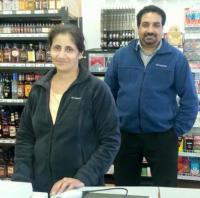 Moving to or from Otis Orchards, WA? U-Haul cargo and enclosed trailers are intelligently designed to protect and secure your precious belongings, while our open utility trailers are perfect for hauling building supplies, landscaping materials or bulky items. U-Haul car trailers have EZ load ramps for effortless loading of vehicles while our motorcycle trailers are lightweight and easy to tow. Get FREE trailer rental rate quotes in Otis Orchards, WA 99027 today.

Cargo trailers in Otis Orchards, WA are lightweight, aerodynamic, and engineered for better fuel economy which makes it easy to tow behind any vehicle. Millions of families use our enclosed cargo trailers to move every year. U-Haul has a large selection of enclosed trailers to rent in-town or one way, review our cargo trailer sizes and reserve a trailer rental online at KH Market!

Moving cross-country with your vehicle on a car trailer is a smart way to save gas and eliminate miles of wear and tear on your vehicle. Our Tow Dolly is a low-cost option for towing front wheel drive vehicles, while auto transports are ideal for long distance moves. Both car haulers fit most sized vehicles in Otis Orchards, WA and are also an economical alternative to calling a tow truck in the case of a break-down. Whether towing behind a U-Haul moving van or your own personal vehicle, you can rent a car hauler for both in-town and one way moves.

Motorcycle trailers in are lightweight, easy to tow and have an easy-access loading ramp. Each motorcycle trailer also comes equipped with an integrated chock for the front wheel and with heavy-duty tie-down rings to support even the heaviest of motorcycles. Reserve your motorcycle trailer rental in Otis Orchards, WA online today!

Was a very very horrible experience. I had reserved AND PAID for a 6x12 trailer as I am moving my elderly sick mom and needed that size for her belongings. I got to the location and they said they did not have it.. The Uhaul owner had no idea how to run this business. It was Uhaul, a Liquor store, a pot store, and auto parts??? WTF? She was very unhelpful and unknowledgeable. Sh said I had to take a 5x8..NOT GOOD, and also she said there was no one there to hook it up and her printer doesn't work. She just took my phone # and license. I had to find some random person help me. I took the small trailer and tried to make it work. Loaded all my moms stuff by myself. It wouldn't fit. I cried. I called at 6am the next day to see if the 6x12 was back and it was so she said come get it but I don't know how to refund you for the 5x8 so you are going to have to pay for a 2nd rental. I had to unload the 5x8 and then load the 6x12...I had NO CHOICE my mom has parkinson's and I was movingher to California to her new home. Horrible. THE WORST.

Use the lady that rented and received my equipment as a model and train uhaul staff to be like her. Best u haul employee I have ever worked with.

Horrible service by the corporate office and local dealer. I was given a discount but it could not be applied due to mid-communication and incompetence. Very long wait times when trying to call for help. This experience validated every negative belief people have about U-Haul. Do your self a favor and skip U-Haul. If I could give a negative rating I would.

It was easy to rent and return. Very nice.

This Uhaul experience was probably the worst i ever had. Not due to the locations where we picked or dropped off (that's why i rated them fine) but everything in between. The customer service people on the phone, the miss information and the inability to do our order well. Idk if I'd ever use Uhaul again.

Very nice ladies who helped me. Fast in and out!

Employee was not happy that corporate instructed us to drop a 26 foot truck there. He said he told corporate not to send anymore trucks. We were asked to provide proof of drop off information, then told us to remove the rented dollys and pads and place them back in his stock. They were not helpful at all. Would not choose to do business there again.

Overall clean, but there was an empty plastic water bottle under one seat, and the console had come change, paper trash, and a fingernail in the cup holder.

Great location easy in and out.

Received a truck with a completely empty gas tank. Almost didnt make it to get gas. That was after spending 45 minutes waiting to get the truck because your Vendor couldn't figure out the process. I knew we were in trouble when we pulled into a liquor store to pick up the van. Then after a full day of moving, went to drop the van off, ( 2 days early), then spent the next 30 minutes doing a photo shoot through your app to drop off the truck.

The owners are really good people and I'm at a loss here; they provide excellent honest customer service and make the experience great. That's why I always go there.

My contract with U-Haul guaranteed a drop off in Coeur d'Alene Idaho which was 35 minutes from my house. The night before the drop off I called U-Haul and they said I had to take it to Otis Orchards, Washington, which was an additional 30 minutes through city traffic away from my house. This cost additional gas money and significantly inconvenienced my move.

Uhaul leaked in far right corner, referred as "moms attic." Ruined my computer printer. Pictures taken. Not a pleasant experience picking the truck up at the Otis Orchard facility. I almost left without taking the truck. Windshield was loaded with bug guts.

I had lots of problems with u-haul and the whole experience was absolutely frustrating, confusing, and unpredictable. I will probably not be using u-haul again. Please note: the u-haul employees were awesome and helpful. However, it seems like no one was on the same page and I was given different information each time I called. I don't blame the u-haul employees themselves (they were awesome and did the best they could with what they had to work with!) but the u-haul system as a whole was not very effective or satisfying. 1. It all started with a phone call a couple days before I was supposed to pick up a u-haul truck. We were supposed to pick up a 17-foot truck at the 21 W 3rd Ave, Spokane, WA location. We reserved the U-haul for 48 hours earlier in the week, but I was called and told that it is no longer available for that long. I was given the option to pick up at the 21121 E Wellesley Ave, Otis Orchards location (15 miles out of the way), be upgraded to a 26-foot truck, receive 60 free miles, only pay a 1-day rental instead of 2-day ($70.43 total), and return to the original 21 W 3rd ave location. I was thinking that's pretty darn great, considering my reservation was messed up. 2. I was supposed to pick up at 8 am. I showed up and there was a glitch in the system which prevented me from picking up the truck until 9:45 am. That's alright, I am patient and didn't mind waiting, despite the fact that I was already crunching on time (I had to move out by 3pm). Customer service was very kind and gave me an extra day for the truck, no charge. 3. When returning the truck, I was told to return to the Spokane Valley location. Um, what? I was told originally to return it to the location that I initially reserved it at. It was a great inconvenience to drive all the way out to Spokane Valley. I might as well have returned it at Otis Orchards. When I got there, I was told that the $70.43 payment was a hold on my card and that in fact my actual charge is $58.91. Okay, great! Even better! I left pretty happy, not only that I would pay less, but that the whole experience was over. 4. A week passed and I still did not get refunded. I got charged both payments. I called back, and was told yet a different story: the $58.91 charge was a mistake (extra day charge that I shouldn't have got), and that I would be refunded $58.91 instead of $70.43. I don't even care about the payment at this point. What I cared about is the whole process of reserving, returning, and paying for the u-haul. Moral of the story: u-haul as a whole has no idea what it is doing. The employees try to make things better by offering discounts and add-ons for no charge. Although that's great, I'd prefer a company that has a better, smoother process. Throughout the whole experience we kept running into problems. Again, I am a patient person and I was okay with working with what I got. I was in a desperate situation where I needed a truck those particular days for as cheap as I cou

The older woman who works there is RUDE and unfriendly.

Equipment is always available and in good working order. Convenient location, paperwork is getting quicker to complete. I've rented from here several times, never had a problem or issue.

Difficult communication. Did not have adequate trailer that I ordered. Uhaul charged me for extended rental charges after my trailer was stolen and out of my control. Very sad

After previously setting up the rental over the phone it still took 25 minutes to get out the door and to the point where I could get it hitched to the truck. But the folks were pleasant to work with!

Make sure when a truck is not able to be driven due to wheel wobbling, that you don't have to call many times to get information on what to do. We ended up going and getting a new truck and unloaded the 1st truck into the 2nd truck on a highway in the dark. In fact that was two days ago and the failed truck is still sitting on the highway.

I made a reservation for a trailer about 24 hours in advance. Went an bought a couch, then when I went to pick up the trailer. The lady just shrugged and said there weren't any available. That they we all buried in snow. She told me that I could look around and dig one out if I would like. What could I do? I already bought the couch. So I dug one out, took about 20 minutes. Maybe I am wrong, but when the website says it is available. I would image that it was at least plowed out. Needless to say, I wont be coming back

Do not over book your drop off to a store that is refusing to accept the drop off, the customer should never be told to take the truck one place only to get there in 20 degree weather again dealing with your incompetent online system, again picture issue. To only be told that we the customer had to take it to another place, the store personal wasn't even going to answer the phone when uhaul was calling to find out what the situation was. I had to tell the personal to answer. Horrible but again not on them but on uhaul. So they were rude but also frustrated since apparently this was not the first time uhaul advised to drop off the truck there.