Atlanta is wonderful city where there is always something to do. There are plenty of dining options, amusement parks and museums right in the heart of the Atlanta; it’s no wonder that someone would choose to move to this great city.  In a recent trip to ATL, I caught up with some moving experts to get some tips for our readers on moving to Atlanta.

Know where you’re moving in Atlanta:

Along with the well established suburbs, Downtown Atlanta offers multiple options of where you can live. The folks we talked to love living and working close to the central business district and would love to have some new neighbors (it’s that southern hospitality)! Here is a rundown of a few of the downtown communities, each with their own unique characteristics. 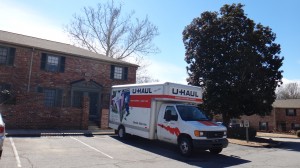 Regardless of where you choose to live, keep in mind the neighborhood when reserving your moving equipment and select the closest location to your new home.  “Atlanta” covers a large area, and driving through extra traffic is not enjoyable while driving a moving van or towing a trailer.

Know what you’re doing in Atlanta:

Those Olympics guys got it right when they picked Atlanta to be the host the 1996 Summer Games. There are things to do during the day, night, and every moment between. Georgia Tech, Georgia State, Morehouse College, and Spellman College are all within five miles of downtown Atlanta providing a steady flow of people out and about in the city.

There is an ever growing list of museums like the Coca-Cola Museum, music performance venues like the Fox Theatre, and the thousands of places to eat. Restaurants range from high-class, to hole-in-the-wall-but-best-burger-you’ll-ever-eat. This city lays claim to a number of other cool places to spend time at. There’s Wet-n-Wild, Six Flags, the Georgia Aquarium along with a number of others. You can even take a tour of CNN Headquarters! And best of all, it’s all right in the downtown area.

Know where you’re putting your stuff and how to get around in Atlanta:

As in any major city, there are two major things to say about living in Atlanta. For starters, space comes at a premium and most likely you won’t have a lot of it. As for number two, all I need to say is the “t” word: Traffic. Let’s talk about storage first. Because of the high density living arrangements, space comes at a high price. Our moving experts told us that a lot of people rent storage units to keep their extra belongings safe and secure, while still providing functional space in their living arrangements.

While no one likes traffic, it’s a reality of life and must be handled accordingly. When inquiring about driving tips in Atlanta, a few local Atlanta residents mentioned the 10-2 rule.  This is essentially the time of day when driving slower than traffic is accepted by residents. This my be a good time slot to complete your move, especially if you’re towing a trailer.   A lot of people that live downtown choose to go without a vehicle and ride public transportation, like MARTA. Our experts told us however that if you do decide to keep the wheels there is a decent amount of parking within the city.

We hope you enjoy your move to Atlanta! Is there anything that you think we missed? Let us know in the comments below.