Long Beach, California is the Aquatic Capital of America. The second largest city in the Los Angeles metropolitan area lies on the coastline of the Pacific Ocean and serves as one of the world’s busiest shipping ports. Moving to Long Beach can be a breeze. Just follow these tips!

Southern California is famous for its pristine weather, meaning there’s almost never a bad time to move. In the summer, Long Beach sees its fair share of “June Gloom” with low clouds and fog, which usually clears out by afternoon and a sea breeze sets in, keeping temperatures mild. Summer temperatures average from the high 70s to the mid-80s. August is the warmest month. Winter months bring rain, so if you’re moving during this time of year, be prepared.

The trade-off for having such amazing weather is having not-so-amazing traffic. Southern California is notorious for its congestion and non-stop traffic. The morning and evening rush hour commute exacerbates this issue. Time your route accordingly and plan to arrive either mid-day or overnight. 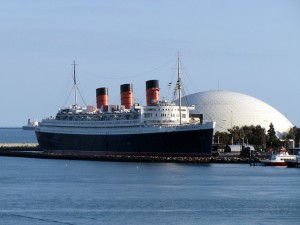 Fun in the Sun

Synonymous with Long Beach since 1967, The Queen Mary is an ocean liner and World War II troopship that has been transformed into a hotel, restaurant and event venue. You can tour The Queen Mary and even participate in a Twilight Tour that explores the ship’s haunted past. Soak up the sun at one of Long Beach’s 12 distinct beaches or take a cruise to Catalina Island, just 22 miles off of the coast, with Catalina Express. If you prefer to stay out of the sun, you can check out Southern California’s largest aquarium, Aquarium of the Pacific.

Have you recently moved to Long Beach? Do you have any moving tips? Leave them in the comment section below!