“Deus Lux Mea Est” or “God is my light” is the official motto of The Catholic University of America (CUA). Lying in the Nation’s Capital, CUA is the only national Catholic university and is home to over 6,000 undergraduate and graduate students. In fact, it was founded by Catholic Bishops and given a charter by former Pope Leo XIII on Easter Sunday. If you’re considering a move to Washington D.C. to for higher education, here’s what you need to know about moving to The Catholic University of America. 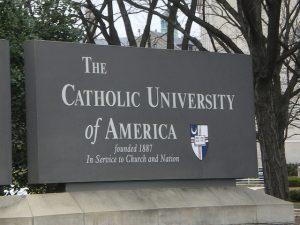 In addition, CUA offers Graduate and Doctorate programs in the following schools:

CUA has 9 separate Residence Halls for students, in which Freshmen and Sophomore students are required to live in. Third-year students and Seniors have the option to live on or off-campus. There are several room options; traditional shared units, suites with multiple bed and bathrooms or apartments. The university provides housing assistance for students who choose to live off campus. There are numerous dining options on campus, including a food court with choices such as Chick-fil-A, Subway and even a Starbucks! Students can choose from one of eight meal plans to fit their needs, budget, and schedule.

With numerous clubs on campus, students are certain to find a group of like-minded individuals who share their interests. Some of the organizations include:

The Heart of Washington, D.C. 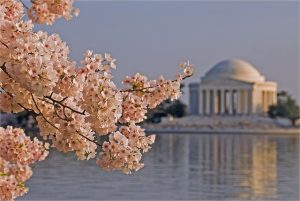 CUA is located in central Washington, D.C.; steps away from some of our nation’s most notable monuments. The Supreme Court of the United States is only four miles from campus. Capitol Hill is a mere ten minutes away. The Kennedy Center and Smithsonian are also nearby. Washington, D.C. is a city steeped in the magnificent architecture and is one of its most recognizable features. Whether you desire a career in politics, media or law, you’re never more than a stone’s throw from all of these professions in D.C.

For sports enthusiasts, sports play a big role in Washington D.C.’s entertainment offerings. In the fall, you can watch the Washington Redskins battle it out in the NFC East (NFL), take in America’s Pastime by catching a Washington Nationals baseball game or chill out with the Washington Capitals (NHL).

CUA lies in the Brookland neighborhood in northeast D.C. This neighborhood has been nicknamed “Little Rome” for its Catholic and religious presence. The Washington Metropolitan Area Transit Authority (Metro) is D.C.’s primary form of public transportation. It is accessible by Rail or via Bus with numerous stops throughout the city, including Brookland-CUA on Michigan Avenue. This station also provides all-day parking, lockers and has bike and carsharing options.

With all that’s going on in Washington, D.C. and at CUA, getting there and navigating could be a small feat. Renting a small Moving Truck could be the best option for moving onto campus, depending on how much stuff you have. However, Collegeboxes is a convenient alternative. Simply pack up your Collegeboxes and they will be picked up from your house and shipped to a storage facility near the school. Then when you need your boxes, they will be delivered campus- talk about easy!

For more tips visit your go-to source for college moving or this Pinterest board.

Are you a current CUA student or Alumni? What tips do you have for future Cardinals? Leave them in the comments section below!