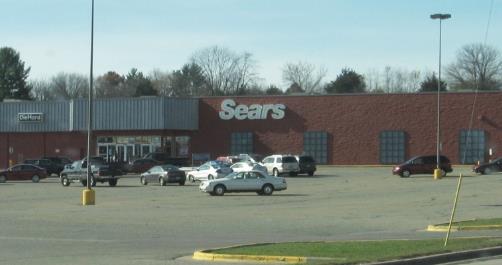 First settled around 1838, Baraboo grew quickly enough to become the county seat eight years later. Along with several circus acts during the 1800s, Ringling Brothers called Baraboo home, earning this this town the nickname “Circus City.” Baraboo had been a destination for travelers and tourists since the 1860s, when steamboats operated on nearby Devil’s Lake. The 625 State Road building was first constructed in 1988 as a Sears store, serving tourists and residents alike. Sears and K-Mart merged in 2005 and, unfortunately, this location was closed in 2011 as a casualty of a slow economy.

After nearly six years as an abandoned building, U-Haul invested in the local economy and, through adaptive reuse, opened this site in 2017. Adaptive reuse building conversions allow U-Haul to promote infill development to meet citizens’ needs while preserving the natural resources and land normally required for new construction. Adaptive reuse also allows resources to be focused on integrating environmentally thoughtful features into the existing building rather than creating waste in the form of demolition and using valuable resources for new construction.

Serving U-Haul customers since 2017, this facility was built through adaptive reuse of an abandoned building. Adaptive reuse promotes infill development in an effort to strengthen communities, with the following benefits achieved at this site:

Energy-efficiency and waste-reduction programs at this facility provide the following estimated benefits each year for the Baraboo community: