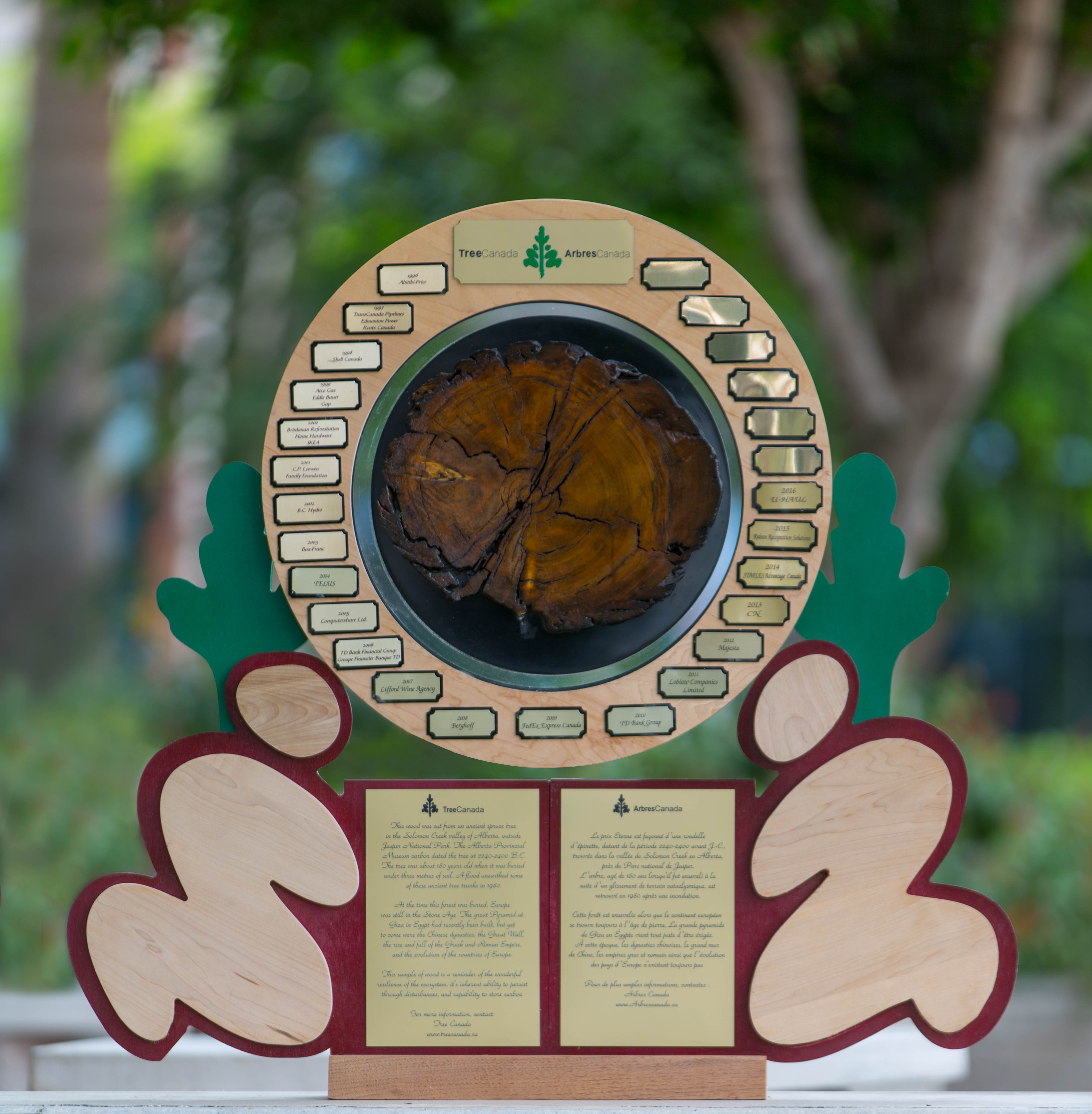 U-Haul is honored to be selected by Tree Canada as the recipient of the 2016 Eterne Award which acknowledges superior corporate social responsibility and environmental stewardship through ongoing support of Tree Canada and its programs.  This unique award displays a section of an ancient spruce tree found in the Salomon Creek Valley in Alberta. Its life began in 2240-2400 B.C. The tree was 180 years old when a cataclysmic landslide buried it until it was unearthed again in 1980 by a flood. The distinctive Eterne award is a tribute to the eternal role of trees to the health of our planet. U-Haul Canada is proud to be associated with this award and the great work that Tree Canada brings to all of Canadian lands.

U-Haul is proudly selected as a finalist in the world-class “2014 Global Energy Awards” organized by Platts Global in New York City, New York, award winners to be announced on December 11, 2014.  Chosen from more than 250 energy companies worldwide, U-Haul is among the top ten finalists for the prestigious Efficiency Initiative: Commercial End-User award.

U-Haul was selected as a finalist due to its comprehensive approach to sustainability and energy-efficiency programs. Throughout its 76-year history, U-Haul has experienced nine recessions and several crises (e.g., 1973 oil crisis, 1979 energy crisis), and yet has continuously cultivated progressive sustainability strategies. Conserving energy and resources are cost-effective ways to meet the challenges of economic depressions whilst addressing global warming, energy security and natural resource depletion

Valley Forward, a nonprofit organization dedicated to enhancing environmental sustainability in Arizona, presented 19 Crescordia Awards and 30 Awards of Merit at their annual awards event on September 17, 2011. Sam Shoen, president of Repwest Insurance Company, accepted the award recognizing the outstanding contributions U-Haul has made to the physical environment of the Phoenix metro area.

U-Haul was selected as a finalist due to its comprehensive approach to sustainability and energy-efficiency programs. U-Haul Sustainability programs encompass all elements of ‘reduce, reuse and recycle’. The U-Haul Corporate Energy Management Team implements energy-consumption reduction programs at its headquarters, as well as regionally, domestically and internationally throughout its full scope of operations.

U-Haul received the 2010 Alliance to Save Energy’s Galaxy Star of Energy Efficiency Award for its leadership in energy and climate stewardship. At the time of the award on September 14, 2010 in Washington, DC, the U-Haul Energy Management Team had funded 215 energy-efficiency projects, resulting in an estimated average monthly energy savings of 5,723 kWh per site in U-Haul Centers across North America, and preventing the release of more than 10,235 tons of CO2 emissions each year.