Our History - The U-Haul Story

U-Haul is an American moving truck, trailer, and self-storage rental company, based in Phoenix, Arizona, that has been in operation since 1945. The company was founded by Leonard Shoen and Anna Mary Carty Shoen in Ridgefield, Washington, who began it in the garage owned by his wife's family, and expanded it through franchising with gas stations.

An idea to meet a need 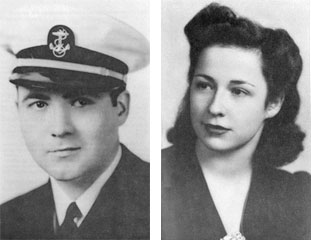 Since 1945, U-Haul has been serving do-it-yourself movers and their households. Like many other successful ventures, the concept for U-Haul was generated out of need. After World War II, there existed the widespread need for do-it-yourself moving equipment that would be available on a one-way, nationwide basis. U-Haul co-founders L.S. "Sam" Shoen and his wife, Anna Mary Carty Shoen, recognized that need and acted upon it. Their visionary approach spread the cost of ownership among many users, facilitating the mobility of the populations of the U.S. and Canada. The covered wagon of the pioneers morphed into orange U-Haul trailers. In the process, an industry was born.

Discharged from the Navy in the summer of 1945, 29-year-old Sam and Anna Mary tried to rent a utility trailer to move their possessions from Los Angeles to Portland, Ore. It couldn't be done. They had to take only what they could fit in the car.

"No one, at that time, seemed ready or willing to serve that need."

"Small luggage-type passenger automobile trailers were being rented from 'rental lots' in Los Angeles. Each lot had from 20 to 40 trailers which were rented locally for approximately $2 per day," recalled Shoen in his book "You and Me," "I recognized that here was an item with considerable utility value which had not been exploited at all in the Northwest or in the San Francisco-Oakland area. I was intrigued with the business potential of this idea, especially from the standpoint of one-way rentals."

The Shoens reasoned that many other families had a need similar to theirs: the short-term availability of a trailer that could be rented "here" and left "there." No one, at that time, seemed ready or willing to serve that need.

With a 1937 Ford and $5,000 in savings, Sam, Anna Mary and their young son moved from Los Angeles to Portland, Ore. During the drive, they came up with the name and formulated the outline of what was to become the U-Haul Trailer Rental System.

The Shoens launched U-Haul in the summer of 1945. The first trailers were bought from welding shops or second hand from private owners. Within two weeks of leaving Los Angeles, the first U-Haul trailer was parked on a service station lot and being offered for rent. By the end of 1945, 30 4' x 7' open trailers were on service station lots in Portland, Vancouver and Seattle, Washington.

An identity was established. First, the trailers were painted bright orange. Secondly, the name U-Haul Co. was established. Third, trailers were imaged on the sides and back with a sales message – "U-Haul Co.," "Rental Trailers," "$2.00 Per Day" – always advertising themselves whether on the road or on display. Lastly, trailer rentals were merchandised from service station outlets. A commission structure for dealers was established, and much of the early recruitment was done by a customer who was offered a discount on their trailer rental for establishing a U-Haul rental agent (now called U-Haul dealers) at their destination.

Growth of a giant

The company was not an overnight success. The purchased trailers—generally a frame and tongue built on the running gear of scrapped automobiles, what Sam would later call "junkers"—broke down with painful frequency, often costing more to repair than could be covered by rental fees. That winter, to cut expenses "to the bone," Sam and Anna Mary moved in with her folks on the family ranch. They were broke, but believed they had a business. Based on his appearance of success, Sam obtained credit from a local lumber yard and was able to obtain war-surplus steel from a Navy yard.

In 1952, a unique financing plan – the Fleet Owner Program – was created to provide capital for growth during the 1950s. Under this plan, individuals or groups of individuals could purchase a fleet of 30 or more U-Haul Co. trailers. The trailer owner would then contract with ARCOA, Inc. for the operation of their trailer fleet in the U-Haul Trailer Rental System and shared the income from the rental of the trailers. By the end of 1959, the U-Haul trailer fleet consisted of 42,600 trailers.

Today, U-Haul customers' patronage has enabled the Company to maintain the largest rental fleet in the do-it-yourself moving industry which includes trucks, trailers and towing devices. U-Haul also offers self-storage throughout North America. The Company provides industry leading moving and storage boxes and an extended line of packing supplies to protect customer possessions. U-Haul is the consumer’s number one choice as the largest installer of permanent trailer hitches in the automotive aftermarket. The Company supplies alternative-fuel for vehicles and backyard grills as one of the nation’s largest retailers of propane.

How did U-Haul move America? Eyewitness accounts detail the company’s first 25 years and the creation of the do-it-yourself moving industry 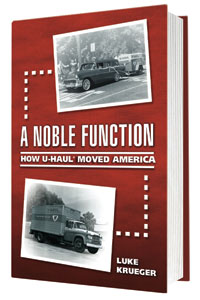 "A Noble Function" is a heartfelt and nostalgic look into one of America's most celebrated and nation-changing companies: U-Haul. Prior to U-Haul, moving across the country was an option available only to those who could afford moving services … or fathers set out ahead of the family. This was where Sam and Anna Mary Shoen found themselves: trying to rent a trailer in San Diego to get back to Portland with their new family. They couldn't find one, but on the drive back to Portland they came up with the idea for U-Haul.

"A Noble Function" is the product of more than a year of research and more than 30 interviews conducted with key people who knew Sam and Anna Mary or who were innovators in the industry. The book focuses on the how and why of the company's meteoric rise through the 50s and 60s, and how U-Haul became the leader in the do-it-yourself moving industry. And remarkably, the Shoens did it without ever accruing any debt, while establishing a nationwide network of dealers and loyal customers with their acute attention to customer service.

"A Noble Function" is available online. 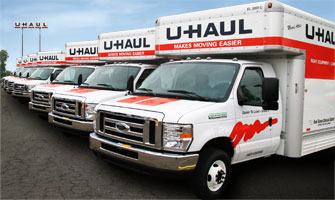